In a bid to end the extortion of suspects by policemen serving in Lagos State, the state command, on Sunday, said it was going to… 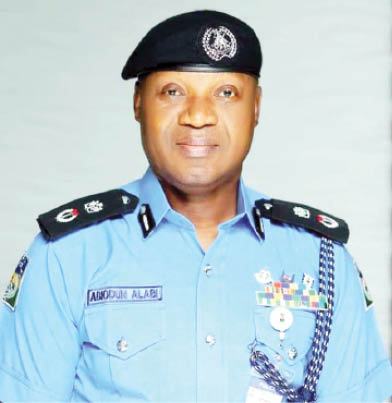 In a bid to end the extortion of suspects by policemen serving in Lagos State, the state command, on Sunday, said it was going to beam it’s searchlight on the activities of Point of Sale (POS) operators around the various police formations in the metropolis.

The command’s spokesman, Benjamin Hundeyin, said POS owners hanging around area commands and police stations formed part of the ring of extortionists operating at police formations in the state.

He said money collected from suspects or their relatives was from POS operators around the vicinities of police formations.

Hundeyin, in series of tweets to address the menace of “roving POS operators”, said they would be arrested and treated as accomplices.

He tweeted: “It has been observed over time that some roving POS operators specialise in hanging around police stations. Investigations have revealed that their target customers are innocent Nigerians being extorted by some recalcitrant police officers.

“Their presence around the stations has made the extortion game a lot easier. While the force continually purges itself of these bad officers, it has become imperative that the activities of POS operators around police stations be regulated.

“Some of them have been identified to be enablers of extortion. This regulation is in line with our mandate of not just detecting, but also preventing crime. To this end, anyone found to have knowingly enabled extortion will be treated as an accomplice.”