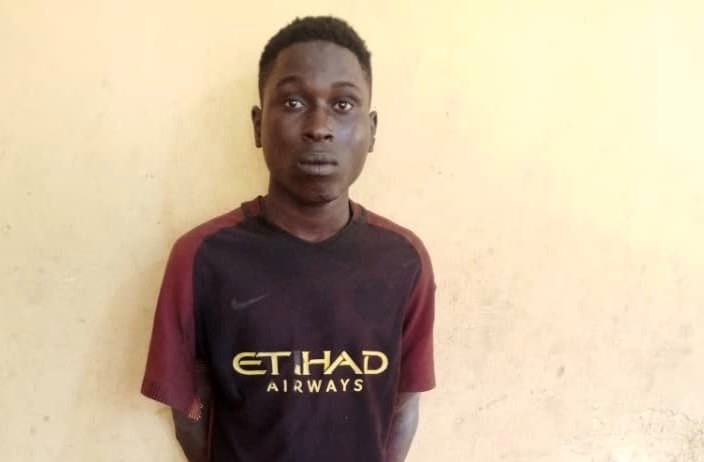 The 19-year-old Sunday Shodipe suspected in serial killing of six women is back in police custody, two weeks after he escaped, Oyo police say.

Shodipe is named prime suspect in the serial killings that rocked Akinyele area of the state.

He escaped custody on August 11, weeks after his initial arrest on July 17.

He had confessed to the killing of six women, one of them pregnant.

Oyo police announced his rearrest on Sunday in a tweet.

It also released a photo of him in handcuffs and shackles, but it is unclear it if it is a recent photo.

It also did not state the location of his re-arrest.

Meanwhile, the IGP has warned against any form of complacency on the part of the operatives of the Oyo State Police Command, stressing that all hands must be on deck to bring the case to a positive and successful closure. pic.twitter.com/9bcWWvIEYj

Police authorities in Oyo warned its officials to avoid complacency and work to bring the cases to a “positive and successful closure”.

At his earlier arrest, the 19-year-old said he worked for a herbalist, Adedokun Ajani.

He said he had no idea why he killed but was sent on the missions in return for N500 and a meal each time.

He revealed Ajani helped with incantations and gave him instructions how to kill his victims.

He would locate a victim, hit them with a shovel and while they lay in a pool of blood, he would incant, walk around the body three times and then turn his back to it for five minutes with his eyes closed and then leave the scene.

He said he was never afraid of being caught because Ajani told him nobody would come around within the period.