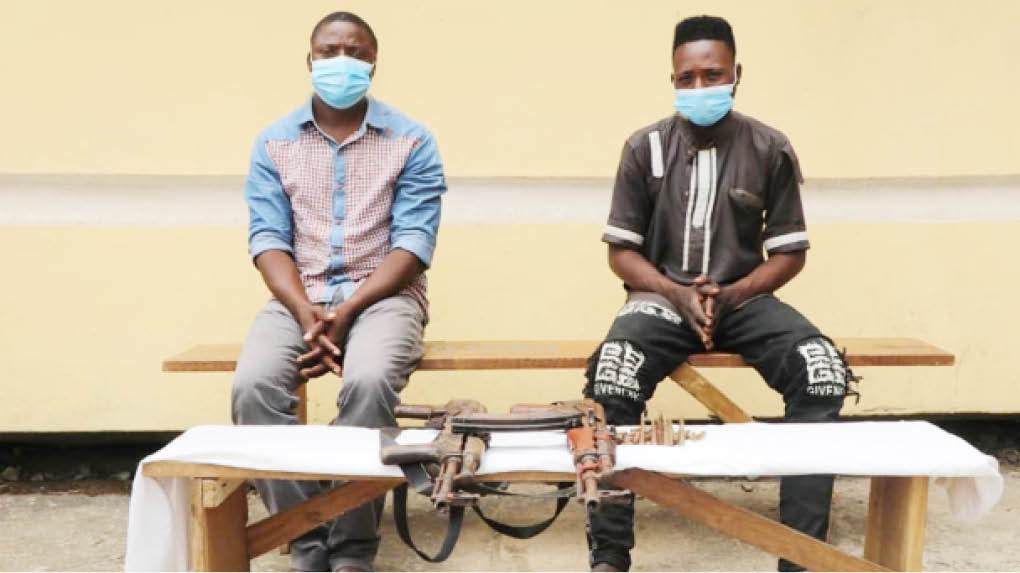 Two among the suspected kidnappers with their 2 AK – 47 rifles when they were paraded at the FCT Police Command headquarters in Abuja yesterday. Photo: Abubakar Sadiq Isah

The spokesperson of the FCT police command, ASP Maryam Yusuf, in a statement, said the suspects were arrested during coordinated intelligence operations between Friday 26 and Sunday 28 March 2021 by police operatives from Dawaki division and the command’s anti-kidnapping squad.

She gave names of the suspects as Abdullahi Haruna, Haruna Musa, Iliyasu Adamu, Michael Paul and Salisu Abdullahi, saying they confessed to supplying logistics to the kidnap syndicate operating along Kiyi Village in Kuje Area Council.

“Effort are underway to arrest other members of the syndicate, and all suspects would be arraigned in court upon conclusion of investigation.

“The FCT police command urges residents to remain calm as it is reaffirming its unflinching commitment to rid the territory of every form of criminality and protect the lives and property of residents,” the statement said.