Police in Katsina have paraded two suspected fraudsters, Kabiru Bashir, 27 and Sadiq Ashiru, 30 years, both of Danbatta LGA of Kano State, who ‘specializes… 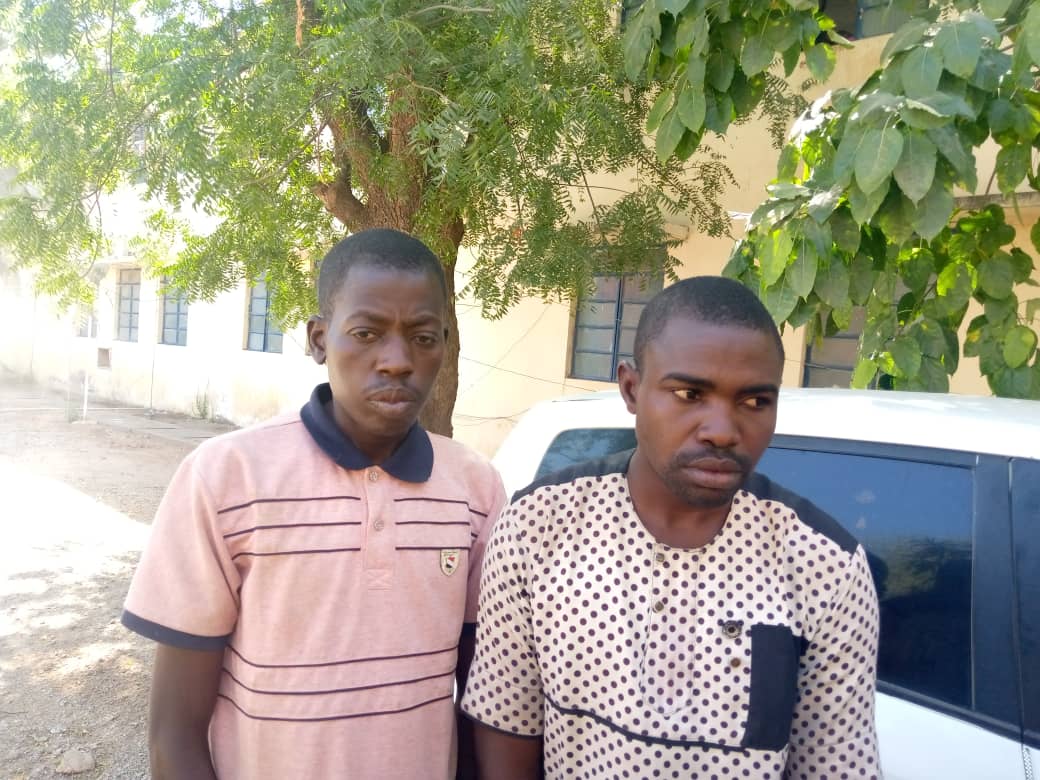 Police in Katsina have paraded two suspected fraudsters, Kabiru Bashir, 27 and Sadiq Ashiru, 30 years, both of Danbatta LGA of Kano State, who ‘specializes in defrauding unsuspecting members of the public through phone calls posing as jinns (spirits).

Parading the suspects on Wednesday, the Police spokesperson in Katsina, SP Gambo Isah, said on January 8, 2021 at about 12pm, the Command succeeded in arresting the duo while attempting to defraud one of their victims.

“Nemesis caught up with the suspects when they stole the ATM card of one woman, Rabi’atu Garba, of Mani LGA of Katsina state and started calling her that they are spirits and asked her to avail them with her ATM card PIN number.

“The suspects deceitfully told her that they are about to bless her by sending one million naira to her account and directed her to go to her bank, UBA branch in Katsina and update her account.

“She became suspicious and reported the matter at the Central Police Station, (CPS) Katsina.

“In the course of investigation suspects were trailed and arrested.

“They confessed to the commission of the offence and stated that they have defrauded several unsuspecting persons in the state through the same method,” Isah said.

He added that one Honda Ham pane, white in colour with Chassis No. JHMGD173025215012; NSCDC ID card bearing one Kabiru Bashir, 2 ATM cards, 4 GSM handsets and the sum of N126, 000 were recovered in their possession during police search, adding that the suspects will be charged to court as soon as investigation was over.