Police kill gunman who disguised as mourner in Imo

Men of the Imo State police command have killed a man who disguised as a mourner after attacking a policemen checkpoint in the state.... 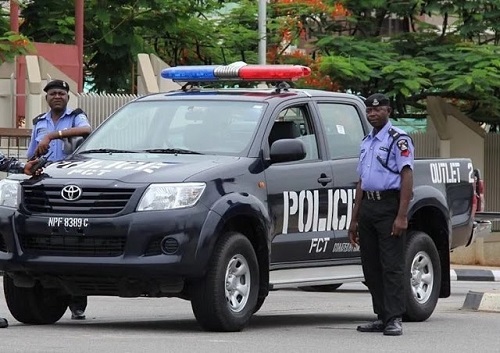 Men of the Imo State Police Command have killed a man who disguised as a mourner after attacking policemen at a checkpoint in the state.

One other gunman was also arrested in a resultant shootouts.

According to the Police Public Relations Officer, CSP Mike Abattam, the gunmen were arrested on 17/11/2021 at about 3pm when the convoy of the supposed mourners ran into a police checkpoint along Owerri/Onitsha Road.

The police raised eyebrows when the poster pasted in front of the car was belated.

In a statement, Abattam said: “The suspected gunmen masquerading as persons mourning, going for burial ceremony somewhere in the state, approached the Police check point in a convoy of three motorcycles carrying two passengers on each, alongside a passenger bus with registration number Anambra NNE 725 ZG carrying passengers, and displaying in front of the bus, a belated burial poster of late Mrs. Bridget Chine Nwadiozor dated 22/10/2021.

“They were flagged down for routine search.

“On seeing the date on the belated poster, the Police operatives became suspicious and alert.

“After searching the passengers on the motorcycles and nothing incriminating was seen, they went to the bus.

“In the bid of searching the passengers in the bus, one of them pulled out a Berretta Pistol and in an attempt to shoot at the police operatives, he was neutralized, which led to a shoot out.

“In the process, one of the suspects, Odedira Ezuala ‘m’ aged 23yrs, a native of Umudike Ihiala LGA of Anambra State, was arrested while others including the motorcyclists escaped with bullet wounds.

“The following items were recovered to the station, which includes: one Police Special Berretta Pistol with breach No.90005 and 10 rounds of live ammunition. one Bus Imo with Reg. No. Anambra NNE 725 ZG and a belated Burial Poster.

The police said that the corpse of the neutralized bandit has been deposited in the mortuary, while the arrested suspect is undergoing interrogation and had made useful statements to the police, adding that he had also volunteered to assist the police in the arrest of his gang members who escaped.