Police gun down 38 bandits in Katsina

At least 38 suspected bandits were killed while five police officers paid the supreme price during different operations in Katsina State. This was disclosed during… 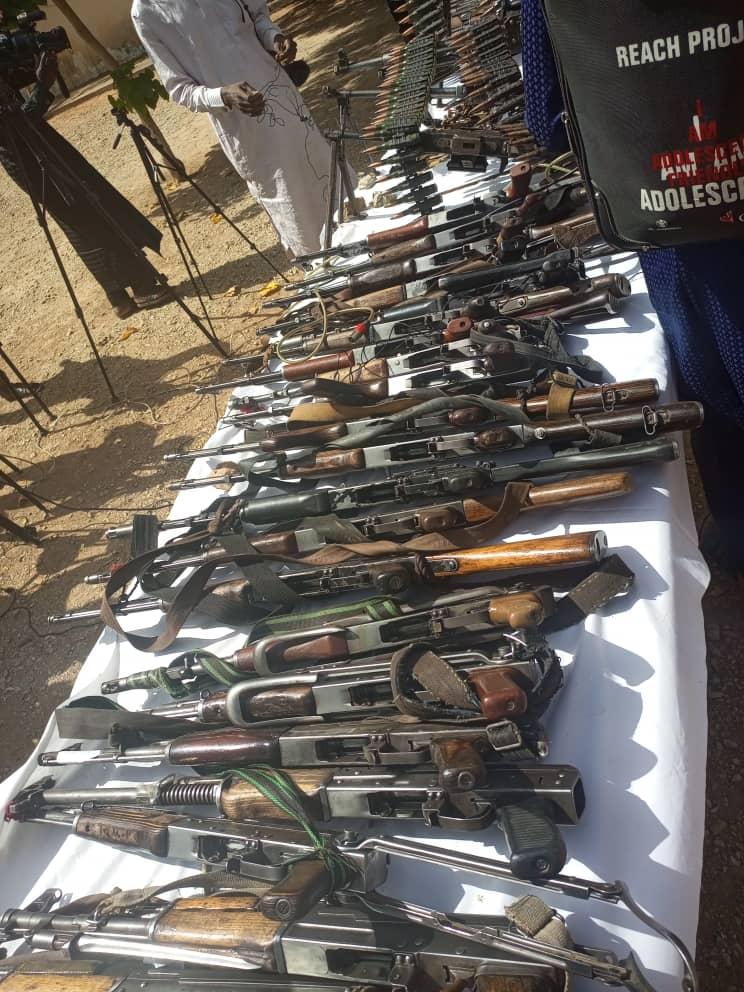 At least 38 suspected bandits were killed while five police officers paid the supreme price during different operations in Katsina State.

This was disclosed during a ‘special Press Conference’ by the Commissioner of Police, Katsina state Command, Sanusi Buba.

At the conference held on Thursday, the commissioner was represented by the Police Public Relations Officer of the Command, SP Gambo Isah.

“Indeed, it is no doubt a challenging period for the Command; nevertheless, the Command has recorded tremendous successes against the menace of banditry, kidnapping, armed robbery and other forms of crime and criminality in the state. The year 2021 saw a reduction in crime rate in the state as compared with the previous year.”

“The In the course of this campaign, thirty-eight (38) bandits were neutralized in various gun battles while five (5) police officers paid the supreme price.”

The commissioner said the Command had arrested 999 suspects in connection with 608 reported cases. While a total number of 874 arrested suspects were undergoing prosecution in various competent Courts of Law in the State.

He added that a total number of 157 suspected Armed Robbers were arrested and 145 of them were charged to court while 12 are under investigation.

“Sixty-five suspected kidnappers were also arrested and 63 have been charged to court while two are under investigation.”

He said 244 suspected cattle rustlers were arrested, of which 230 suspects have been charged to court while 14 are under investigation.

The commissioner said 246 suspects were arrested in 195 reported cases of rape and unnatural offence adding that 63 victims were rescued in four reported cases of Human Trafficking which were transferred to NAPTIP office in Kano State.

He said 215 kidnapped victims were also rescued from suspected bandits/kidnappers during the period under review.

He thanked the Inspector General of Police, IGP Alkali Usman Baba, “for his undaunted support to the Command, without which these quantum of successes would not have been achieved. I wish to also extend my sincere appreciation to him for my elevation to the next rank of Assistant Inspector-General of Police (AIG). It is no doubt that to whom much is given, much is expected. I will surely reciprocate with continues hard work and dedication to duty”.

Buba thanked members of the press for their immense cooperation and partnership with the command, saying, “You have sincerely and passionately displayed fraternity and collaboration towards strengthening the relative peace and security in the state through your fair and balanced reportage of the Command activities.”