Operatives of the Edo state police command have arrested two persons suspected to be member of  Aiye confraternity in Edo state.... 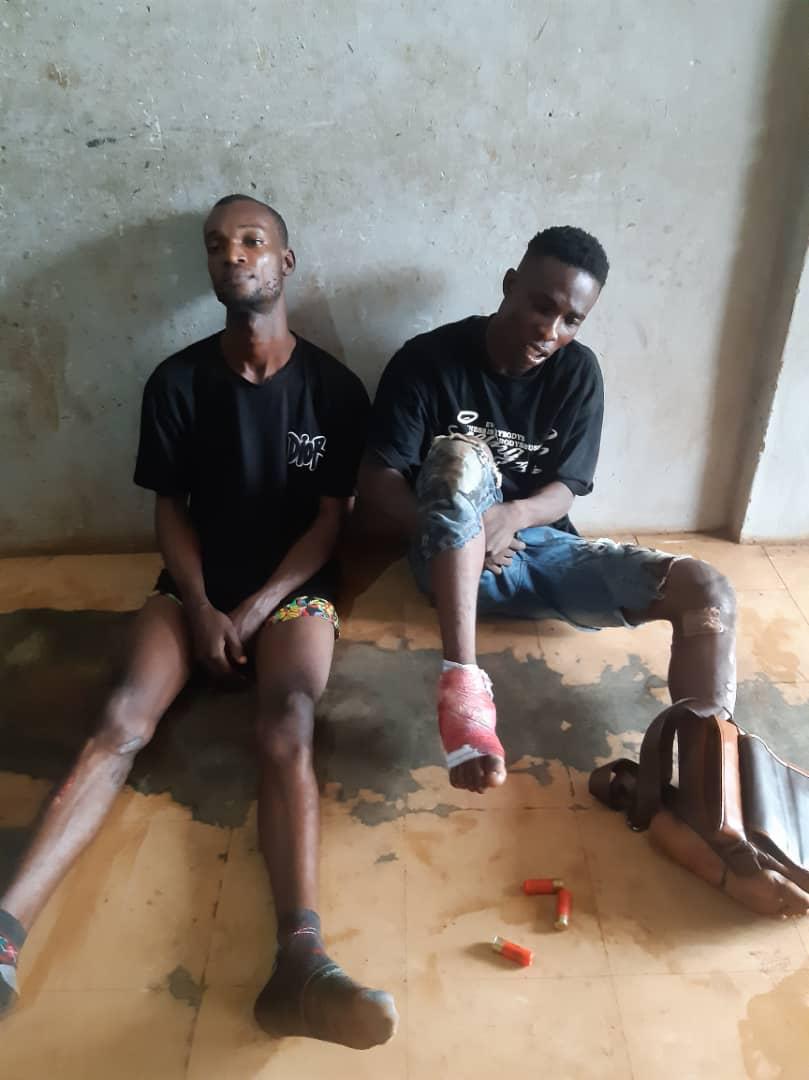 Mon, 11 Jul 2022 11:29:18 WAT
Operatives of the Edo State Police Command have arrested two persons suspected to be members of the Aiye confraternity in the state.
It was gathered that the suspects, Emmanuel James, 25, and Matthew Oghode, 31, were arrested on the Auchi-Ekperi road on July 10 by the police.
The Police Public Relations Officer of the Command, Chidi Nwabuzor, who confirmed the arrest said it was part of the command’s clamp down on violent crimes and other negative vices especially kidnapping, cultism/cult killings and armed robbery in the state.
He said the suspects were arrested by operatives attached to the Fugar Divisional Police Headquarters. The policemen accosted the suspects while on routine patrol along the Auchi-Ekperi road.
The PPRO said that upon search of the suspects, three live cartridges were recovered from the bag in possession of Emmanuel James, adding that he fleed into the bush in a bid to dispose of the cut-to-size gun in his possession.
“The police operatives gave him a hot chase and maimed him on his foot before he was apprehended,” the spokesman said.
He said the suspects have confessed to be members of the Aiye confraternity also known as Black Axe and an investigation is still ongoing for possible arrest of other gang members.