Police have arrested a man, Mr Samuel Sunday and his brother, Mr Aya Preye in connection with the murder of his two children, Success and… 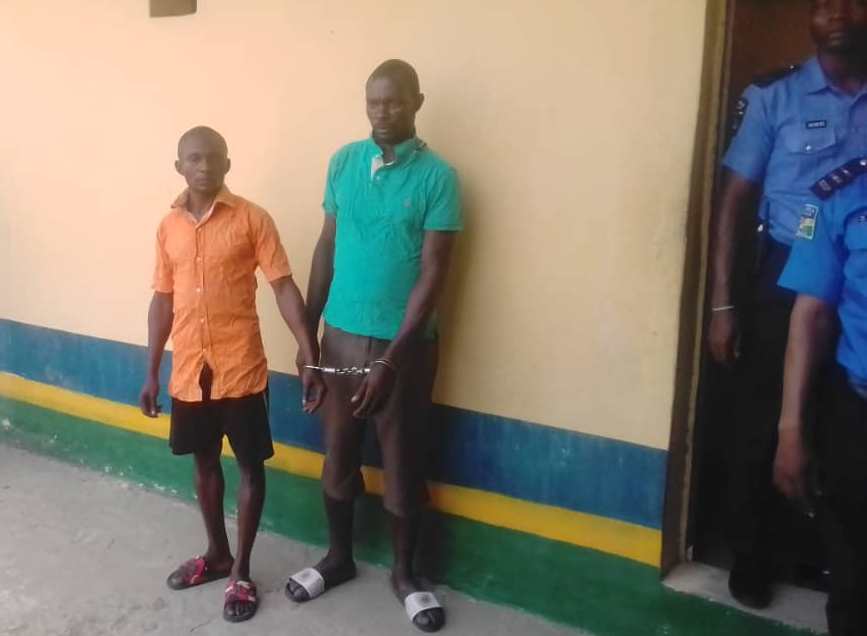 Police have arrested a man, Mr Samuel Sunday and his brother, Mr Aya Preye in connection with the murder of his two children, Success and Miracle and attempted murder of his third son, Master Godstime Sunday in Bayelsa state.

According to the suspect’s confession, he had allegedly administered poisonous substance to his three children by name, Master Success Sunday (14 years), Master Miracle Sunday (12 years) who died instantly while police were able to rescue God’stime.

It was gathered that Mr. Sunday and his wife have been divorced for some years, while the three children were living with their grandmother before the incident occurred.

He had constantly branded the children as witches, who are behind his predicaments in life as he was said to have tie down the three children and gave them ‘snipers’ (poisonous chemical) to drink.

While parading the suspected murderer at the police headquarters in Yenagoa on Wednesday, the Commissioner of Police in Bayelsa, Mr. Aminu Saleh, said the man who had since 2018 branded the children as witches, had to device a devilish means to kill them.

He added that while the eldest son was rescued, the other two children died instantly because of the  poisonous substance administered to them.

He explained that a certain man in their village had accused the children of being responsible for the father’s sickness and the three children were branded as wizards by the villagers.

He urged parents, religious leaders and community leaders to be on the lookout for their children, and not to subject them to unnecessary hardship.

The suspect, Mr Samuel Sunday, said he was arrested on Wednesday morning (today) after he went to the village to pick his children for a church programme.

He explained that he gave his family brother, who is now at large, N1,000 for transportation to take them back to the village.

Dr. Moses Emeka, the physician attending to the child who survived, said the child was brought to the hospital unconscious by the Nigerian Drug Law Enforcement Agency (NDLEA) official who saw the boy crippling with his head.

Dr. Emeka, who is the proprietor Hillem Medical Centre in Yenagoa, said the boy will soon recover as he is responding to treatment.