The Kano State Police Command has arrested two suspected armed robbers after attacking and stabbing a resident of Ja’in Quarters in the state metropolis. City… 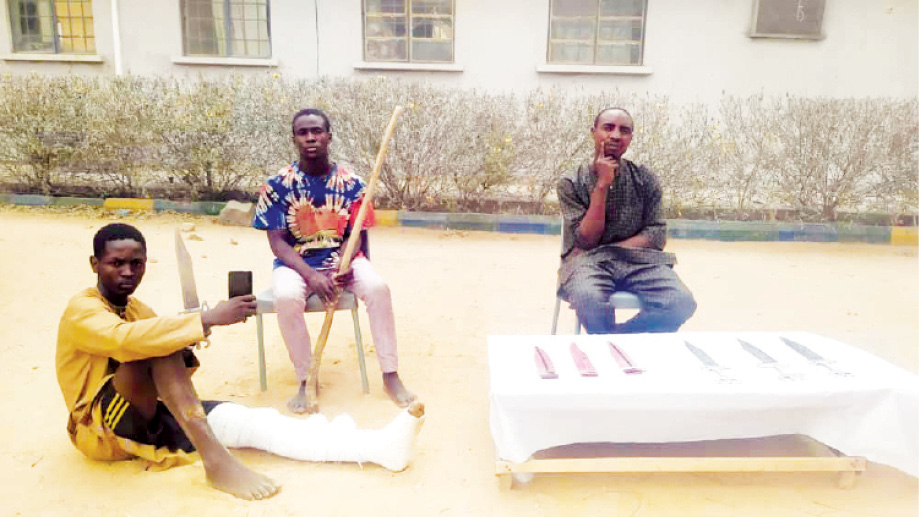 The Kano State Police Command has arrested two suspected armed robbers after attacking and stabbing a resident of Ja’in Quarters in the state metropolis.

City & Crime reports that one of the suspects, Mujahid Aminu, 18, was arrested after he was trapped by a mob after attacking the residents while the other, Sani Alkasim, 18, also of Ja’in Quarters was arrested by the police.

“We received a report that two armed robbers attacked a resident of Ja’in Quarters Kano, stabbed him with a knife on the left upper part of his chest, and made away with his Infinix S5 Mobile Phone valued at N98,000, where one of the suspects was trapped and attacked by a mob.

“The victim was immediately rushed to Murtala Mohammed Specialist Hospital Kano, where he was admitted.

“The suspect that was trapped and attacked by a mob was rescued and rushed to Muhammad Abdullahi Wase Specialist Hospital Kano where he was treated and returned to police custody,” spokesman of the command, SP Abdullahi Haruna Kiyawa, said.

Confessing their crimes, the two suspects said: “We met him in his house loading recharge card, we collected the phone and left, we then returned and stabbed him on his chest.

“He shouted and one of us was arrested. We already regretted our actions and won’t do it again.”

However, Kiyawa said a discreet investigation led to the arrest of one Murtala Sa’idu Sharif, 34, of Ja’in Quarters Kano, who manufactures and supplies weapons to armed robbers.

“Three knives were recovered from him. The case has been transferred to the command’s criminal investigation department for advanced discreet investigation.”