the suspects dispossessed their victims of their valuables. 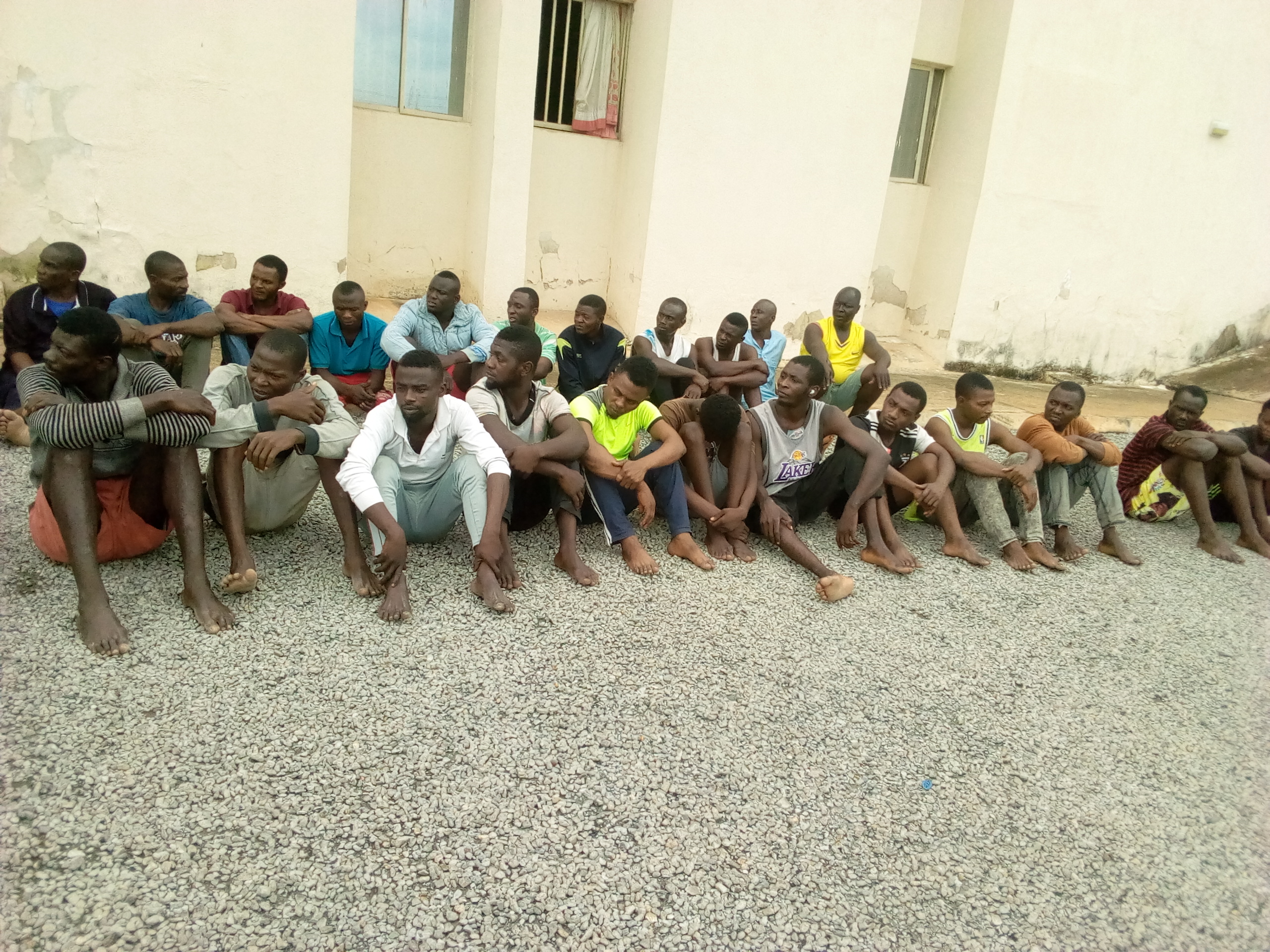 Thu, 5 Aug 2021 14:54:37 WAT
The Nasarawa State Command of the Nigeria Police on Thursday said it apprehended no fewer than 30 suspected cultists who are members of Red Axe and Vikings confraternities.
The Police said that the suspects have been causing sleepless nights to the inhabitants of New Nyanya in Karu Local Government Area of the State.
Confirming the arrest of the suspects on Thursday to Daily Trust in an interview in Lafia, the state capital, the Police Public Relations Officer, ASP Ramhan Nansel, said the suspects dispossessed their victims of their valuables.
According to the police image maker, the command also apprehended scores of suspected armed robbers who he said were terrorizing the citizens of the state.
He said: “The suspected cultists who are members of Red Axe and Vikings confraternity and numbering about thirty (30) had been causing sleepless night to the inhabitants of New Nyanya in Karu Local Government Area of the state and dispossessing them of their properties.
“Upon receipt of the information, a team of Police personnel were immediately drafted to the area and six out of thirty of the suspected cultists were arrested.”
He added that the command had intensified efforts to apprehend the fleeing suspected cultists while those already arrested would be charged to court as soon as the command completes its investigation.
He, however, revealed that some suspected armed robbers who had been on the watch list of the police were also arrested in Keffi Local Government Area of the State.
The police PPRO said that the suspects were arrested around the Tilla area in Keffi LGA while they were making plans on how to attack their victims and cart away their valuables.
“We got credible information about the gang of armed robbers and a police personnel attached to Keffi Division conducted the raid at a notorious black spot around Tilla area, Keffi,” he added.
“Seven of the suspected criminals were apprehended and one locally fabricated gun and four 7.62mm ammunition were recovered from them as exhibits.
“The Commissioner of Police, AIG Bola Longe, has directed that the cases be transferred to the State Criminal Investigation Department in Lafia.”