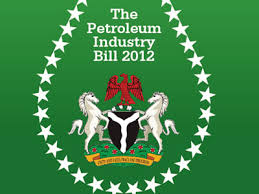 The Senate on Tuesday passed the Petroleum Industry Bill 2020 for second reading.

In his lead debate, Senate Leader Yahaya Abdullahi, said the bill sought, among others, to promote the competitive and liberalized downstream petroleum industry that promotes the processing of petroleum within Nigeria and the development of fuel and chemical industry.

It also aims at creating efficient and effective governing institutions, with clear and separate roles and to establish a framework for the creation of a commercially-oriented and profit-driven national petroleum company.

It also will transform the current Department of Petroleum Resources (DPR), the Petroleum Equalization Fund Management Board (PEFMB) and the Petroleum Products Price Regulatory Agency (PPPRA) into two new institutions, that is, the Commission and Authority.

These new entities, according to Senator Abdullahi, shall be self-funding and will not rely on appropriation.

The bill, after debate on its general principles, was referred to the Senate Committees on Petroleum Upstream, Downstream and Gas for further legislative work. The committees are to report back to the plenary in eight weeks.

Senate President Ahmad Lawan said the ninth National Assembly would make the passage of PIB as part of its legacies.