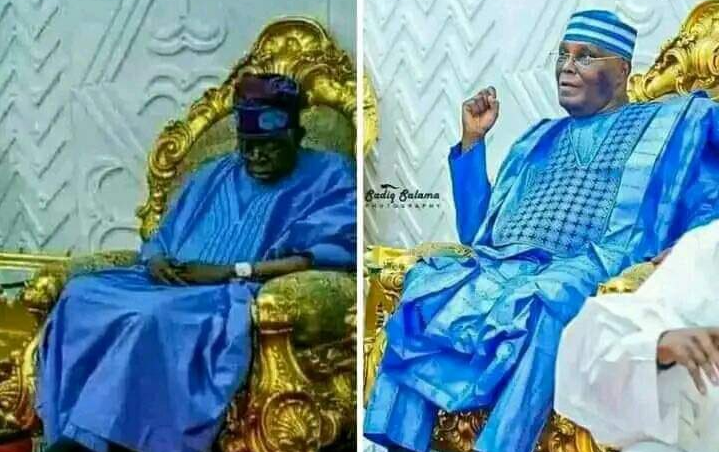 Recall that last month, Tinubu paid a courtesy visit to the Palace of the Emir of Gombe during a trip to the state for the wedding of Misbahu Inuwa Yahaya, son of Governor Muhammadu Inuwa Yahaya.

However, the APC Presidential Candidate was spotted dozing while Senate President Ahmad Lawan was speaking at the palace.

The picture had trended online, with critics of the ruling party criticising the candidate.

Meanwhile, Atiku, on Saturday attended a wedding ceremony in Gombe and also visited the palace of the Emir.

In a tweet on Sunday morning, Shaibu shared pictures of the PDP Presidential Candidate, who was fully awake and that of Tinubu dozing during his own visit.

He captioned the post: “Same State, Same Palace, Same Seat, Same color of ‘agbada’ …but the DIFFERENCE is clear !”

Daily Trust had reported how Atiku commissioned a campaign office donated to him by a Gombe PDP chieftain, Jamilu Isiyaku Gwamna, after the wedding.

After the commissioning, Atiku told party stakeholders that he was in talks with aggrieved PDP members to resolve the lingering crisis rocking the party.