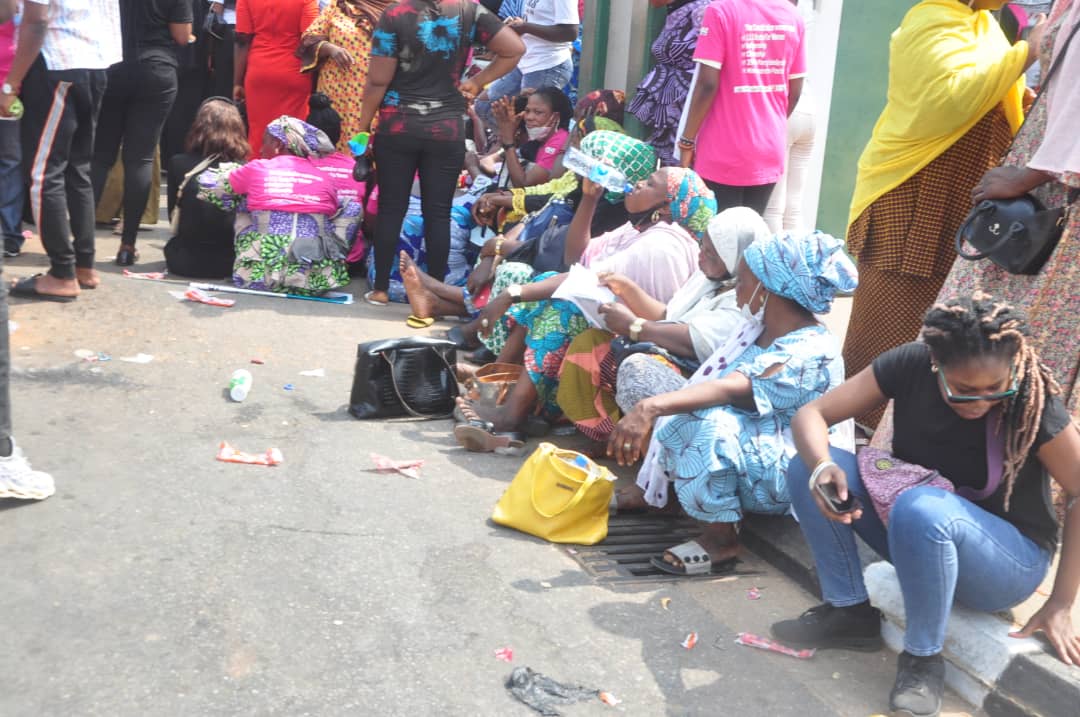 Nigerian women in their numbers in the early hours of Wednesday occupied the entrance of the National Assembly to protest the lawmaker’s decision not to grant women special seats in the assembly.

The two chambers of the National Assembly turned down a bill to provide for more seats for women in the National and State Houses of Assembly, despite the presence of the Vice President’s wife, Dolapo Osinbajo in the chamber.

Like the First Lady, Aisha Buhari, the vice president’s wife, was at the National Assembly to witness voting on constitution alteration bills and canvas support for provisions on women issues.

The proposed amendment suffered a setback after 30 senators voted in favour, while 58 voted against.

The bill seeks to reserve solely for women in each state of the federation one senatorial seat, two House of Representatives seats and in the Houses of Assembly one additional seat from each of the three Senatorial districts.

Also, a proposal to include at least 35 per cent of women in political party administration also failed to scale through in both chambers.

Below are photos from the scene by Daily Trust‘s Ikechukwu Ibe: