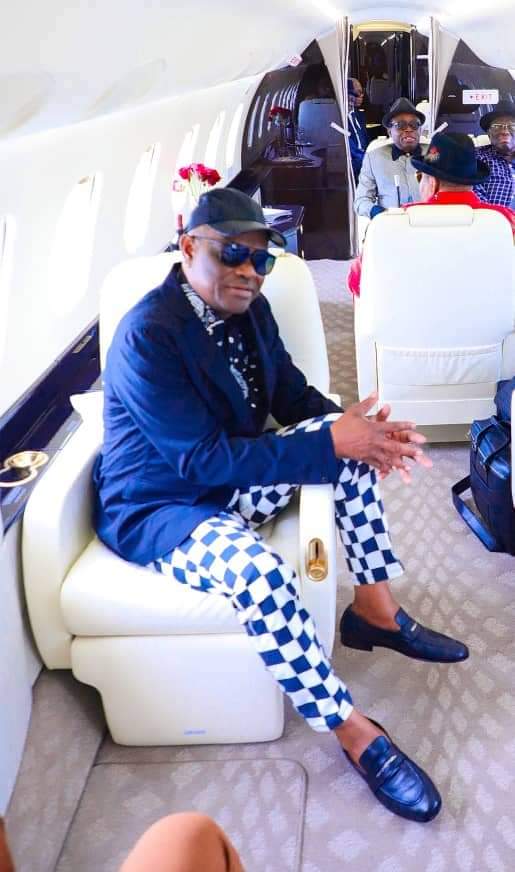 Governor Nyesom Wike of Rivers State is back to Port Harcourt, Rivers State, after four days in Europe.

Wike left Port Harcourt hours after his media chat where he spoke about issues concerning the Chairman of People’s Democratic Party, PDP and the party’s presidential candidate, Alhaji Atiku Abubarkar.

The Governor arrived Port Harcourt International Airport by 5.20 pm on board the State owned “Legacy 600” Aircraft flown in from the General Atomics Aerotec In Munich, Germany.

The aircraft acquired by former Governor Chibuike Amaechi administration was reportedly missing till it was reportedly discovered in Germany by the Governor.