Governor Babajide Sanwo-Olu of Lagos State, on Monday, commissioned some projects in Rivers State. Upon his arrival, Governor Nyesom Wike of Rivers welcomed Sanwo-Olu to… 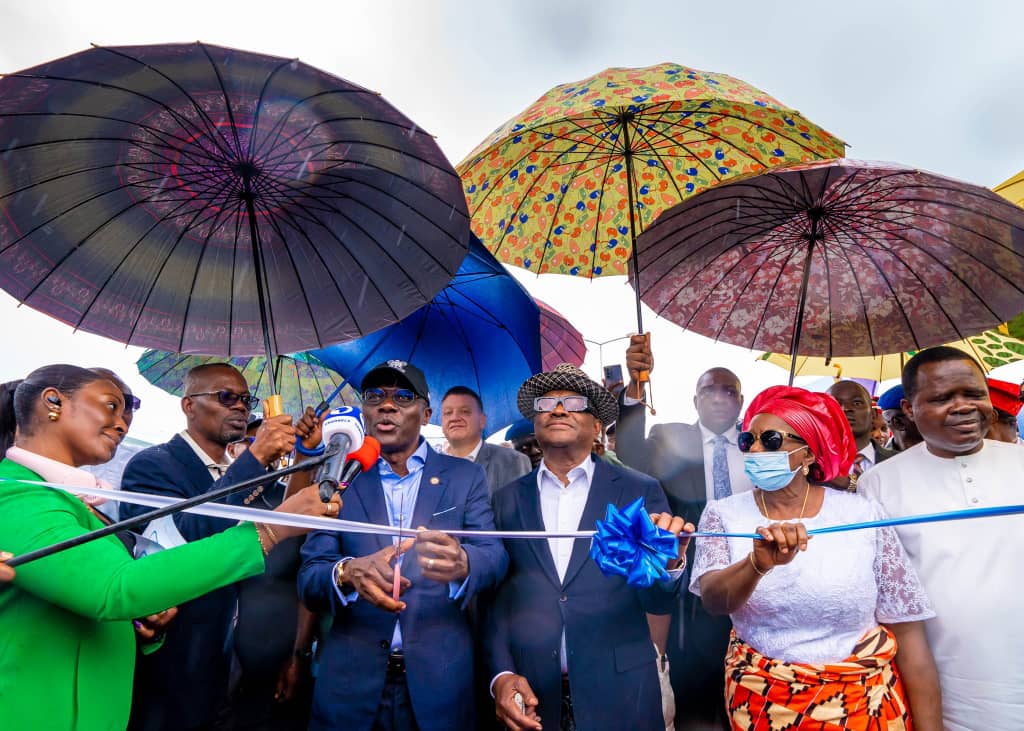 Upon his arrival, Governor Nyesom Wike of Rivers welcomed Sanwo-Olu to the State.

Wike, a serving Peoples Democratic Party (PDP), has been associating more with his All Progressives Congress (APC) counterparts, since he lost the presidential ticket of the PDP and was not considered as running mate to Atiku Abubakar, the Presidential Candidate.