PHOTOS: Man who writes with foot rendered homeless by flood

Ahmadu Yakubu, the physically-challenged man interviewed by Daily Trust in August, has been rendered homeless by flood. Yakubu, who lives in Kude, Dutse Local Government… 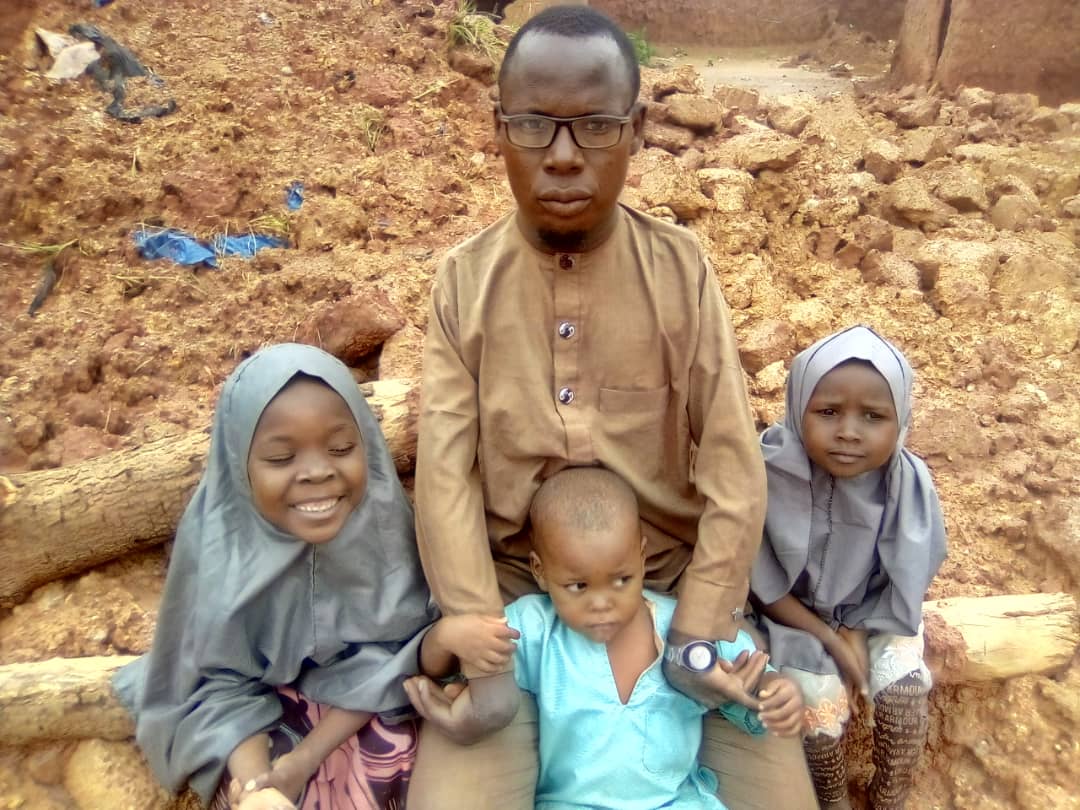 Ahmadu Yakubu, the physically-challenged man interviewed by Daily Trust in August, has been rendered homeless by flood.

Yakubu, who lives in Kude, Dutse Local Government Area of Jigawa State, is among those affected by the recent flood situation in the state as the three rooms occupied by his family were destroyed.

Daily Trust reports that lives were lost, hundreds of people displaced, while property worth millions of naira were destroyed in a recent flood outbreak.

Although disabled, Yakubu does not believe in begging as he writes with his foot in an amazing manner. Those who admire this act usually render financial assistance to him.

In last month’s interview, Yakubu expressed optimism of getting his act together and living normally again.

However, the recent downpour is a big threat to that as he and his family members are now roaming without a roof over their head.

“My children have been crying since the incident happened because they have no more room to sleep in. Some relatives and neighbours helped us get our belonging and gathered unbroken mud bricks in one place. I am in a very difficult situation that I don’t know what to do next,” he told Daily Trust over the phone on Thursday.

See the pictures of the remnant of Yakubu’s rooms: