PHOTOS: How Kwankwaso ‘shut down’ Maiduguri

The presidential candidate of the New Nigeria Peoples Party (NNPP), Rabiu Musa Kwankwaso, was in Maiduguri, Borno State capital, on Saturday. The former governor of… 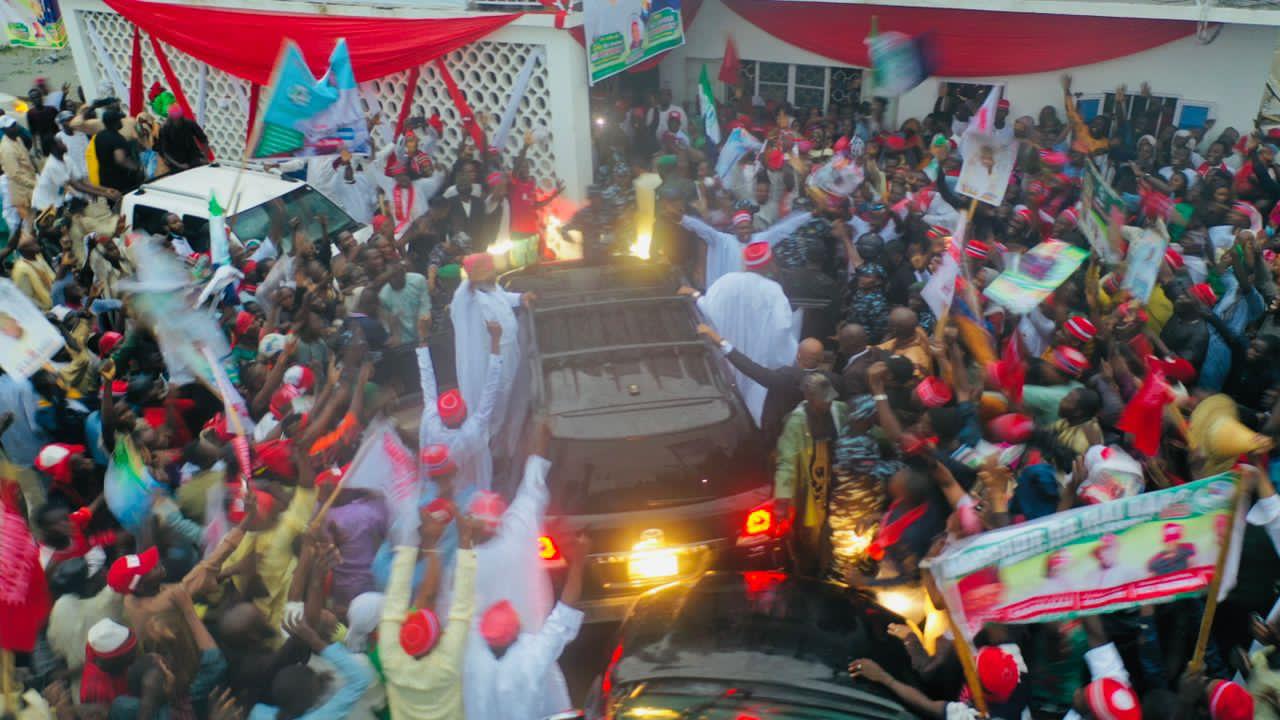 The former governor of Kano State was welcomed by a massive crowd of supporters.

Kwankwaso, whose party is about to lose one of its strongest member, Senator Ibrahim Shekarau, encouraged the crowd to vote for NNPP.

Shekarau is currently on his way to the Peoples Democratic Party (PDP) as a result of a face-off with Kwankwaso months after dumping the All Progressives Congress (APC) for the NNPP.

Below are pictures of Kwankwaso in Maiduguri: