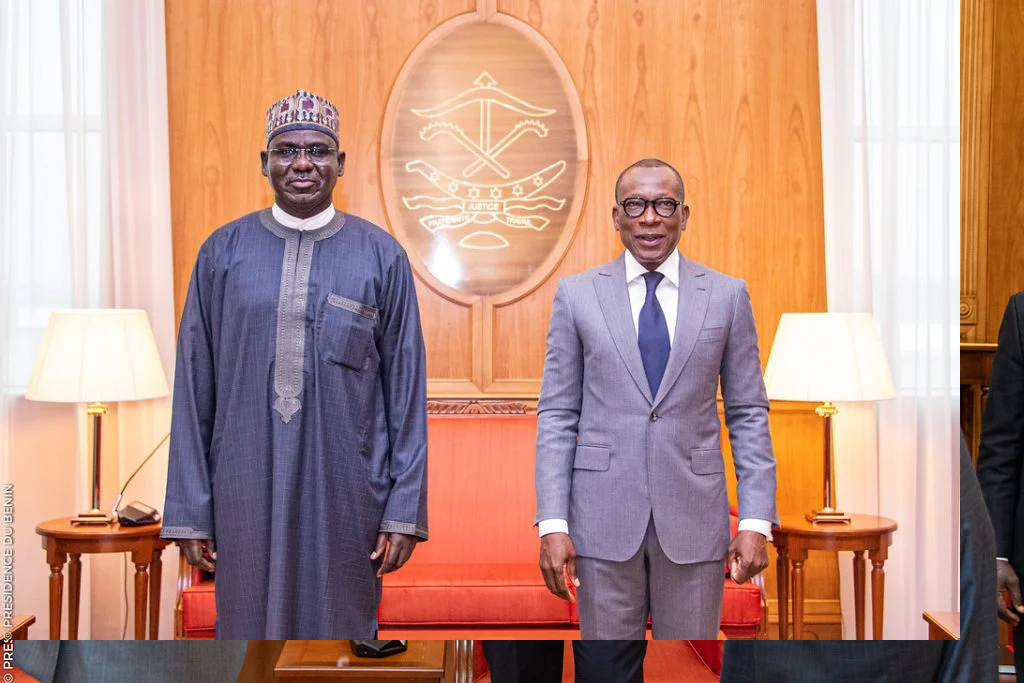 Buratai met with the Beninese President to present his letter of credence to him.

Igboho who was arrested in Cotonou, capital of Benin Republic, while trying to escape to Germany.

He had fled the country after the Department of State Services (DSS) raided his residence and subsequently declared him wanted.

Igboho is being tried in the Francophone country.

Below are pictures of Buratai with Talon.