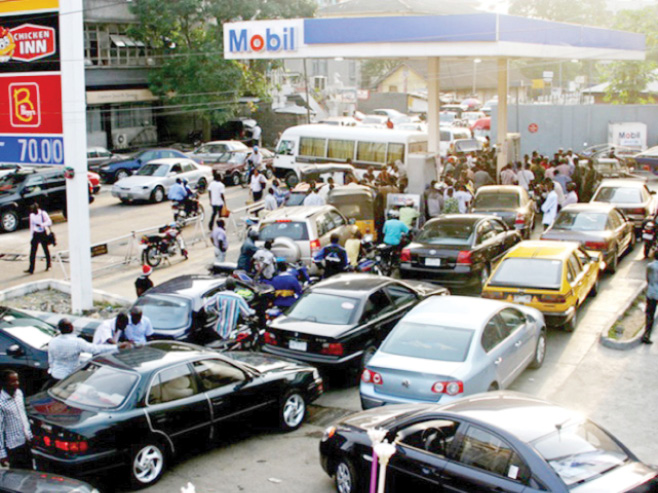 Fresh queues are springing across petrol retail stations in Abuja building up from the weekend as some marketers blamed it on low loading from the depots and poor state of the roads.

According to Isa Ahmed, a manager in one of the stations, the depots especially in Lagos have low supply and therefore are cutting the load out of trucks.

“The product volume is dropping as NNPC is shipping more cargo of petrol. At the moment, private depots are raising their rates from N148 per litre to almost N170 and that means the retail price has to be adjusted,” noted Ahmed.

Also speaking, John Ibe, a petrol marketer said truck owners and drivers are not happy with the poor roads, noting that the withdrawal of some drivers last week from loading is also raising logistics concerns.

However, others said the scarcity was due to the public holiday noting that things will normalise before the week ends.

Haruna Musa, a marketer in one of the retail outlets in Abuja, said there are tankers loaded and ready to discharge until Thursday.

“The weekend and public holiday also contributed but things will be normal soon,” he said.

The NMDPRA on Sunday said Nigeria has 1.581 billion litres of petrol in stock capable of lasting for 25 days on an average consumption of 60m litres daily. 878m litres of the product is either at the port awaiting to be discharged or offshore, according to the daily product monitoring statistics. 650m litres of petrol is being trucked on land already while 51.9m litres of petrol are stocked in the depots, mostly located in Lagos.

Meanwhile, the Independent Petroleum Marketers Association of Nigeria (IPMAN), said the product is available and discouraged motorists from panic buying.