Who is Peter Obi? He is, of course, the former Governor of Anambra State and presidential candidate of the Labour Party in this 2023 election.… 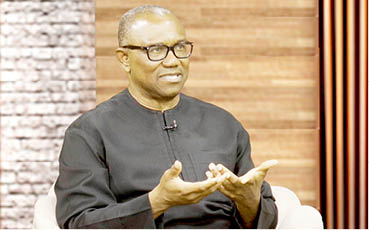 Who is Peter Obi? He is, of course, the former Governor of Anambra State and presidential candidate of the Labour Party in this 2023 election. No presidential candidate in Nigerian political history has captured the imagination and fantasy—in both senses of the term—of so many Nigerians within so short a period. Peter Obi now appears so popular as a presidential candidate that it is often difficult to remember that even as recently as the first three months of this year, he was no more than outside-chance-aspirant for president in the Peoples Democratic Party (PDP).

Whether his newfound popularity among an increasingly larger section of voters provides a viable path to Aso Rock by May next year is a whole different discussion for another day, and in any case, a matter that is left to be seen. Vote tallies are a metric of popularity altogether different from online partisanship and political rallies, for the simple reason that in Nigeria at least, those who line up patiently to vote are often not the same people as those who chatter online or attend protests and rallies.

But while we wait how far his political movement will go on election day, a few other things about his candidacy require explanation at the moment. First, how and why has he grown so popular within so short a time? Second, what do his supporters think of his candidacy or what do they really find in him? Third, would his present hold on his supporters’ imagination endure beyond this election, no matter what happens? And most importantly, how has Peter Obi presented himself as a candidate and why has he so far largely got away with his self-presentation in an election year?

To answer these questions, we may first need to look at a few other politicians in Nigeria who built a large and loyal political following based mainly on their own personal and political appeal. I think of only four such politicians previously at the national level of our politics ever: Obafemi Awolowo, Aminu Kano, and of course, President Muhammadu Buhari. With the caveat that the loyalty of Peter Obi’s supporters has not yet been tested in any election, let alone in two or more elections, as with the others, I will name him the fourth person in this category.

The normal path to the top job in Nigerian politics, other than through a military coup, is to build the largest network of political alliances and coalitions across the country, even if the candidate at the top of a ticket does not himself have the most personal political following. This is the path that took Nigeria’s first and last Prime Minister, Abubakar Tafawa Balewa to the Premiership during our first experience at self-government. It is also the path that took the late presidents Shehu Shagari and Musa Yar’adua to the Nigerian presidency in 1979 and 2007 respectively.

It is the path that took the late Chief MKO Abiola to the leading candidate in the election of 1993 before it was unfortunately annulled. It is also this same path that took former presidents Olusegun Obasanjo and Goodluck Jonathan to Aso Rock in 1999 and 2011 respectively. It is the path that President Buhari himself was eventually forced to take in 2015. And it is also the path that both Atiku Abubakar and Bola Tinubu are hoping to take them to the presidency in this election, to varying degrees of strength in their networks at present. This, in effect, is the well-beaten and most successful path to the Nigerian presidency.

Chief Obafemi Awolowo tried the path of staunch and large personal political following in the 1960s and again in 1979 and 1983 without success. So did Malam Aminu Kano with much the same result during the same elections as Awolowo. Buhari took this path three times in 2003, 2007 and 2011, also without success. This is the path Mr Peter Obi, and, to a lesser extent former Governor of Kano State, Dr Rabiu Musa Kwankwaso, appear to be taking in this election. But since the votes have not yet been cast, let alone counted, we can only wait and pray to live long enough to see the results.

The real point here, however, is that Peter Obi belongs to that small field of politicians who seek to ride to the Nigerian presidency on the back of a strong personal following. But how has he got here so fast? Both Buhari and Awolowo amassed a personal following among Nigerians after decades in the public glare and proving their staying power with their supporters over several elections. Peter Obi’s case has been like a lightning out of the blue. So, the question of how he got here so far is important.

In my view, Obi’s rapid rise is to be explained by just two factors: the deep longing for Igbo presidency among the Igbos, and the Christian religious feelings stirred up by the exit of Vice President Yemi Osinbajo and the critics of APC’s presidential ticket. It is difficult to explain Obi’s current popularity beyond these factors. Even the so-called factor of young voters trooping to Obi because they want change does not wash: No one has seen youths in Sokoto or Bauchi flying the Labour Party flag; the majority of the youths who do across the country belong mostly to one or the other demographic above.

At the same time, however, Peter Obi has not presented himself as an Igbo or Christian candidate, not even a Southern one, although he has carefully exploited the political currents within these voting blocs to the fullest. His campaign is running almost entirely on his record as a former governor of Anambra State. There is, therefore, a deep contradiction between the real factors of his candidacy and his own self-presentation. And therein lies the cultural power upon which he rides.

Peter Obi has literally been lying at every turn about his records when he was a governor. He has created a past for Anambra and his stewardship of it that never existed, certainly not as he has been presenting it. Suddenly, Anambra State has turned into an Eldorado of sorts, the shining example of the governorship of a state in Nigeria where salaries were never owed workers, where schools and hospitals sprang up at every corner, and where investments flowed like a river, all of which no one ever heard before until now.

It is this repeated lying or exaggeration of his achievements in Anambra that infuriated the current governor of the state, who must have all the facts by now, to speak up last. But why did he get away with it for so long before Soludo punctured the bubble? The same factors that push his candidacy of course: religion and ethnicity. The bulk of the national media, easily given to such sentiments, have bought into much of his false self-presentation and abandoned their task of taking him to task, in the way they do other candidates, not even about his recent.

And in the eyes of audiences, he is the squeaky clean politician Nigeria has ever had, and when he speaks, they listen with such rapt attention as if he were a pastor preaching the gospel or a prophet with a new message. But no one should be fooled. This is the cultural power of religion in Nigerian politics, and Obi is only the latest manifestation of it.