Manchester United missed two penalties in the first half of their Premier League clash against Norwich. The Red Devils have had problems with their penalty… 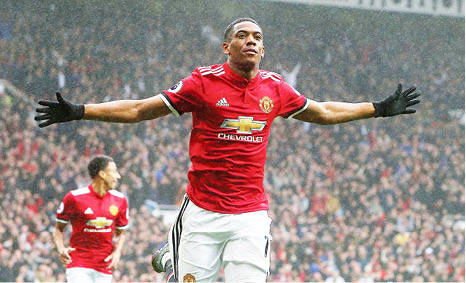 Manchester United missed two penalties in the first half of their Premier League clash against Norwich.

The Red Devils have had problems with their penalty kick takers this season and they struggled again at Carrow Road.

Marcus Rashford missed from the spot before Manchester United changed their spot-kick taker to Anthony Martial, who then also failed to beat Tim Krul.

Scott McTominay gave Manchester United the lead in the 21st minute, sweeping in from a corner after Krul had saved well from Anthony Martial.

Manchester United were handed the opportunity to double their advantage from the penalty spot after a VAR review ruled Ben Godfrey had fouled Daniel James.

Rashford‘s spot-kick was saved by the Dutchman but the England international atoned moments later by slotting past the Norwich keeper to make it 2-0.

However, Manchester United spurned a gilt-edged chance to make it 3-0 on the stroke of half-time when they missed a second penalty.

Anthony Martial was the man to take it this time, but again Krul guessed correctly to keep out the Frenchman’s spot-kick.

Their woes continue from penalties this season as they have missed four of the six they have been awarded.

Martial did eventually manage to add a third in the 73rd minute before Onel Hernandez got a consolation late on as the match ended 3-1.