A former national chairman of the Peoples Democratic Party (PDP), Haliru Bello Muhammed, has attributed the ongoing feud between the presidential candidate of the party,… 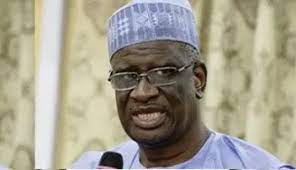 A former national chairman of the Peoples Democratic Party (PDP), Haliru Bello Muhammed, has attributed the ongoing feud between the presidential candidate of the party, Alhaji Atiku Abubakar and Governor Nyesom Wike of Rivers State to the failure of the party’s Board of Trustees to act fast.

During an interview on Channels TV’s Politics Today, Muhammed said that the Board of Trustees should have moved in fast to assuage Wike.

“If the Board of Trustees has stepped in and strongly called the party to order this problem would not reach the state. But even then it’s not to late. The party has set up a process in motion and we are working on the problem and I believe after Port Harcourt meeting, there will no longer be any problem.

“Wike will come back and join his brothers and sisters in the leadership of the party and we will move ahead to win the election in 2023.

“The Board of Trustees should have moved in to assuage him and bring him on the same wavelength with the nominee of the party; but that was not done immediately and Wike felt slighted and neglected and felt unappreciated. I think that is what caused the whole problem.”