Former Presidential spokesman, Dr Reuben Abati, has been named as the running mate of the governorship candidate of the Peoples Democratic Party (PDP) in Ogun… 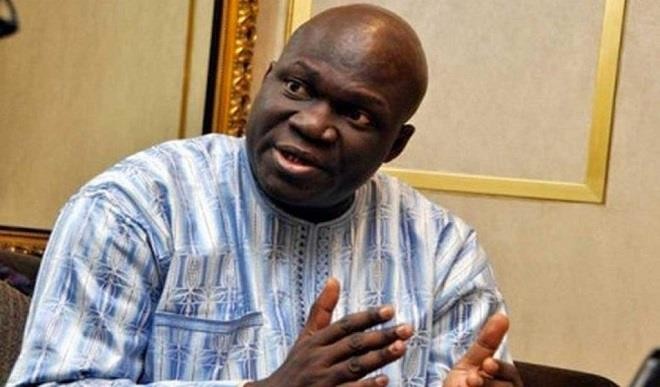 Former Presidential spokesman, Dr Reuben Abati, has been named as the running mate of the governorship candidate of the Peoples Democratic Party (PDP) in Ogun State, Leke Shittu, ahead of 2019 general elections.

Former governor of the state, Otunba Gbenga Daniel, has been equally named as the candidate for Ogun East Senatorial district.

This followed acceptance of the candidates’ list of the PDP faction backed by the Senator representing Ogun East, Buruji Kashamu, by the Independent National Electoral Commission (INEC).

The INEC had in a letter addressed to the National Chairman of PDP, Uche Secondus, notified the party of the acceptance of the list submitted by Bayo Dayo’s faction following the Federal High court judgements, directing the umpire to accept the candidates as against that of Sikirullahi Ogundele-led faction which is recognised by the PDP national leadership.

Abati and Daniel’s choice was contained in a statement personally signed by Kashamu, a copy of which was made available to journalists in Abeokuta on Wednesday, by his media aide, Austin Oniyokor.

He asked the public to disregard the statement credited to the National Publicity Secretary of the party, Kola Ologbondiyan that INEC acted against the rule that only the national leadership of a party can submit candidates list to INEC.

He vowed that “this resolve to act with unchecked impunity shall be fully resisted in a fight to finish battle to strengthen our party’s internal democracy.”

The statement read: “Ignorantly, the National Chairman is unaware that where there is dispute resulting into a judicial resolution as in Ogun state matter, the State Chairman and Secretary could sign in place of National Chairman and Secretary when backed by validly subsisting court judgements. Whatever makes our National Chairman to be this resolute at challenging the constituted electoral regulatory body, INEC and also dwelling in nauseating impunity against Nigerian court judgements out of unexplainable desperation to install Ladi Adebutu as PDP Ogun governorship candidate should as well have forced him to create his own INEC and conduct elections inside his office.

“The PDP as a Nigerian creation by law is for all Nigerians by established regulations and national statue; nobody can as such intimidate us in our democracy.”

When contacted last night, Abati emphatically said “Yes, I am aware. I can confirm. It’s true.”