As the crisis rocking the main opposition Peoples Democratic Party (PDP) continues, the Chairman of the Board of Trustees (BoT), Senator Walid Jibrin, has insisted… 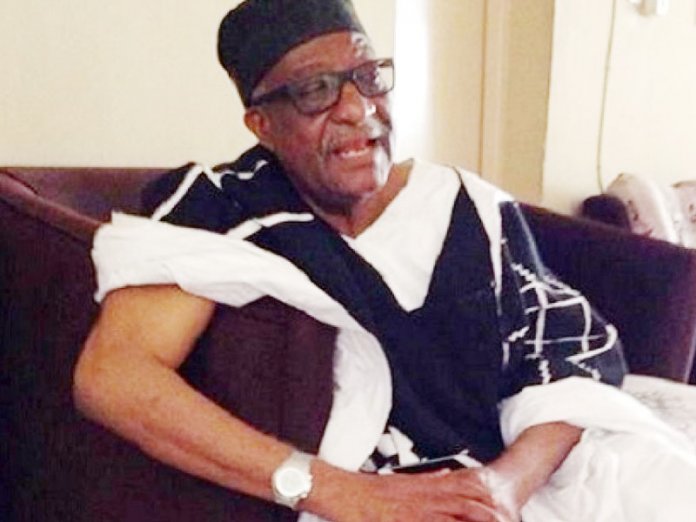 As the crisis rocking the main opposition Peoples Democratic Party (PDP) continues, the Chairman of the Board of Trustees (BoT), Senator Walid Jibrin, has insisted that the North is holding on to top positions in the party.

In a statement on Tuesday, Jibrin said only the North cannot produce the presidential candidate, National Chairman, BoT Chairman, adding that “I still maintain my stand on that statement PDP is a democratic and National party that cater for all Nigerians it’s not sectional but loved by all Nigerians.

“As a PDP BoT Chairman I must say the truth and nothing but the truth no matter any criticism. I don’t fear any one but God and true agenda of our party. I will add that I stand strongly on my toes I am a true member of PDP since it’s inception in 1998.”

Jibrin’s statement comes on the heels of a meeting between Governor Nyesom Wike and some of his loyalists in Europe.

The meeting Daily Trust understands was aimed at deciding their next line of action after their insistence that Ayu should go is not yielding any positive result.

Atiku Abubakar, Presidential candidate of the PDP and Wike have been involved in a cold war after the presidential primaries.

But in his statement, Jibrin said as a founding member of the party, he would never accept any unholy criticism by any one.

“I will remain in PDP until my death. I still maintain that the BoT is eagerly waiting for the report of the Reconciliation committee headed by Governor of Adamawa state and Professor Jerry Gana thereafter the BoT will thoroughly discuss it and inform the public accordingly no more no less.”

He also said the BoT will continue to discuss with all aggrieved members of the party including those in states, Zones and nationally. “I advise that we should concentrate more on how to win all elective positions in 2023.”