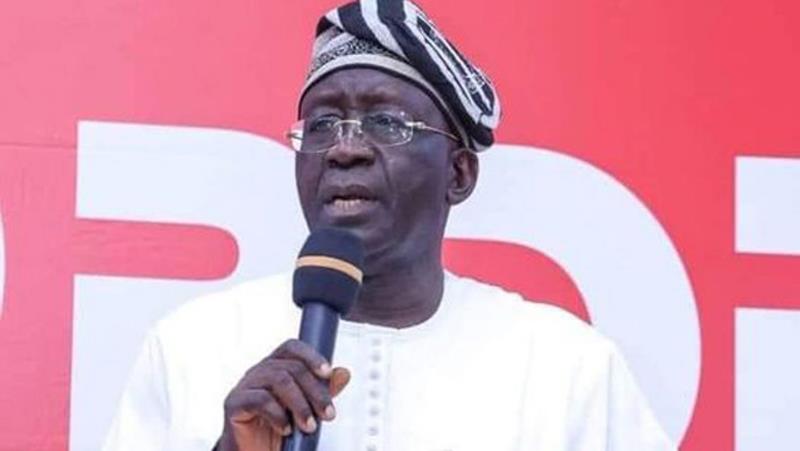 The special committee set up by the Board of Trustees (BoT) of the Peoples Democratic Party (PDP) has submitted the long awaited report on the crisis rocking the party to the General House, saying the recommendations would be forwarded to the National Executive Committee (NEC) for ‘appropriate’ action.

Addressing journalists at the party’s headquarters after a special meeting where the report was submitted, the acting chairman of the BoT, Senator Adolphus Wabara, called on “all the leaders of the party to match words with action.”

Meanwhile, the national chairman of the party, Dr Iyorchia Ayu, has denied the Rivers State Governor Nyesom Wike’s allegation that he collected N1billion from a presidential aspirant in Lagos.

Also, the BoT urged Ayu to, “as an eminent leader, give assurance that he would resign his position after the 2023 elections.”

Wabara said party leaders and persons close to them should desist from making further inflammatory remarks or granting press interviews, and called on the presidential candidate of the party to review the list of members of the campaign council and other advisory appointments to make it all-inclusive.

They also called on the chairmen of the PDP Governors Forum to convene a meeting without further delay.

The national chairman of the Peoples Democratic Party (PDP), Dr Iyorchia Ayu, has admitted collecting N100 million from a governor.

Governor Nyesom Wike had accused the party’s national chairman of corruption, saying that aside the N100m taken from the governor, Ayu also collected N1 billion from a presidential aspirant in Lagos.

Answering questions from journalists after a meeting of the Board of Trustees (BoT) at the party’s headquarters in Abuja, Ayu said the issue of N1bn started when he came into office and needed money to hit the ground running.

He said the party wanted to take a loan but the idea was later shelved, adding that he did not collect any money as the national chairman of the party.

Ayu said the N100m money collected from a PDP governor was being judiciously used for the renovation of the Peoples Democratic Institute (PDI), which will be commissioned in days.

He said the money was not yet exhausted and a letter had been dispatched to the said governor to come and see what it had been used for.