The Board of Trustees, BOT of the Peoples Democratic Party, PDP, has reappointed Senator Walid Jibrin as its chairman. Jibrin who was elected chairman of… 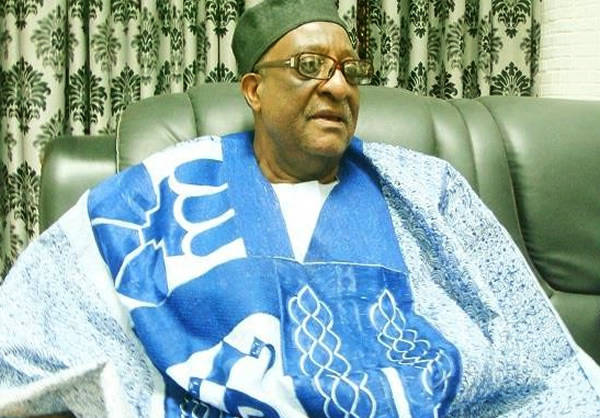 The Board of Trustees, BOT of the Peoples Democratic Party, PDP, has reappointed Senator Walid Jibrin as its chairman.

Jibrin who was elected chairman of the BOT in 2013 is to serve for another five years.

A statement from the BOT chairman said the decision was taken at a meeting of the board which held on Thursday where Senator Jibrin was reaffirmed chairman of the board.

The statement indicated that at the meeting, the acting secretary of the board, Senator Adolpus Wabara, a former president of the Senate, was also confirmed as secretary for 5 years.

He said the meeting advised all members to always maintain their honor and integrity as conscience of the PDP and to remain neutral and never sponsor or lead aspirants to visits and rallies as was done during last convention.

The BOT chairman said a committee was also set up to discuss with the 12 presidential aspirants in order to come up with one of them as candidate of the PDP.

He said the party has been cautioned to manage the situation of new defectors to the party and also consider the role played by old members.

“As provided in the party constitution, the board is empowered to regulate its proceedings and draw code of conduct for its members. The board has decided to forward to NWC its full recommendations ,” he said.

The BOT chairman congratulated Governor Ayo Fayose of Ekiti from withdrawing from the Presidential race.

In July, the National Working Committee (NWC) of the PDP directed all its Board of Trustees (BoT) members, former governors, state chairmen and other ‎members of the party to stage a peaceful protest to Police Commands nationwide.

The party in a statement by its ‎National Organising Secretary, Col. Austin Akobundu (rtd) directed that the protest ‎should be done in all the 36 states of the federation and the FCT because of Police attack on Governor Ayo Fayose of Ekiti State.