Following incidences of attacks on the candidates of the Peoples Democratic Party (PDP) and alleged clampdown on party loyalists in Zamfara State, the party has… 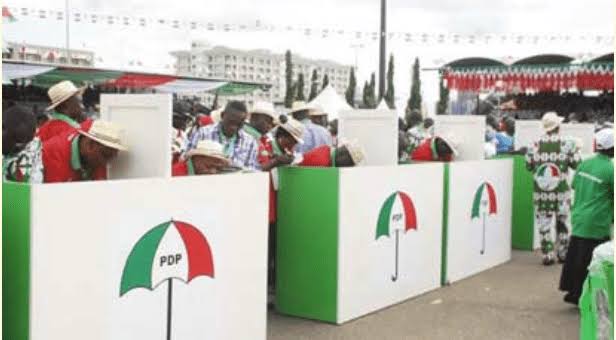 Following incidences of attacks on the candidates of the Peoples Democratic Party (PDP) and alleged clampdown on party loyalists in Zamfara State, the party has asked President Muhammadu Buhari; the National Security Adviser, Major Gen. Babagana Monguno (rtd) and the Inspector General of Police, Alkali Baba to take action in the interest of the nation’s democracy.

This is as the party is also demanding prosecution of persons responsible for attacks on its campaign train and supporters during the presidential campaign rallies in Kaduna, Borno and Gombe states.

Addressing a press conference at the PDP national secretariat yesterday, the party’s National Publicity Secretary, Debo Ologunagba alleged that aside clamping down on party stalwarts, Zamfara State governor, Bello Matawalle has been intolerance of the opposition, particularly the PDP in the state.

He said Matawalle and the APC are “intimidated by the soaring influence of the PDP in the state”, thus, engaging state security apparatus in clamping down on PDP members with some already arrested while alleging that the security details of the PDP governorship candidate, Dr Dauda Lawal  have been withdrawn.

According to him, the nation’s democracy and the 2023 general elections are under attack and accused the Matawalle-led APC government in Zamfara State of “scaling up its vicious assault and clampdown on PDP candidates and other patriotic Nigerians in an attempt to silence PDP leaders.”

Also, Spokesperson of the PDP Campaign, Kola Ologbondiyan yesterday in a statement said “The Atiku/Okowa Campaign holds that bringing those who attacked our rallies in Kaduna, Borno and Gombe to book will reassure Nigerians and serve as very strong deterrent to perpetrators of electoral violence and their backers.”