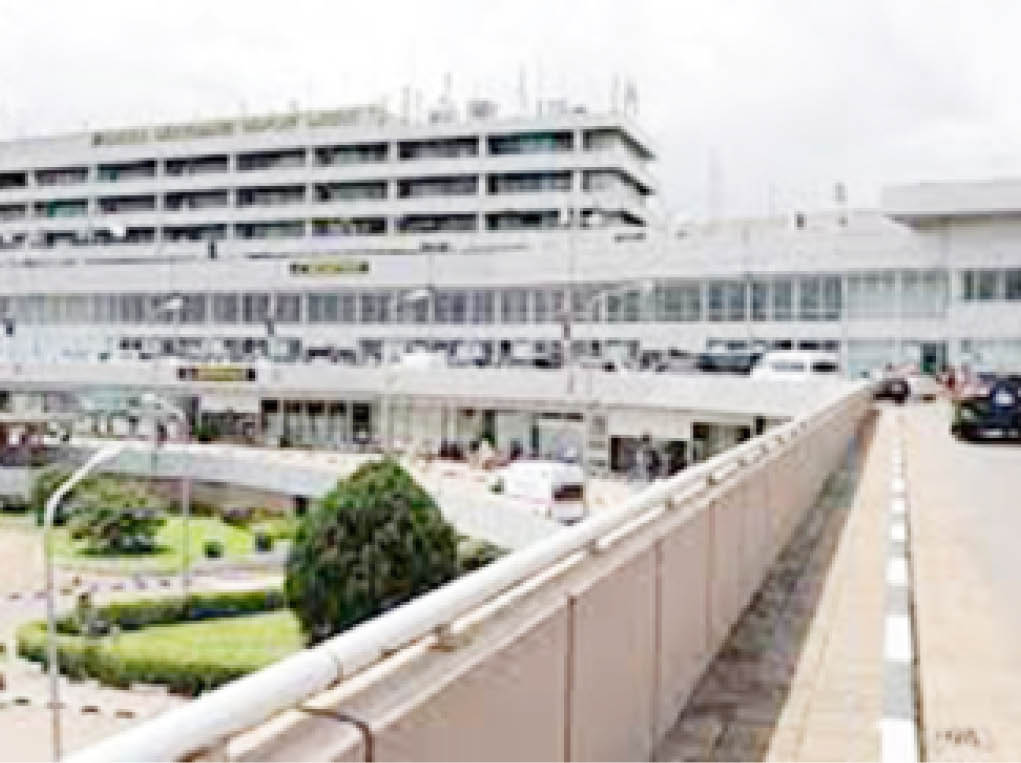 There was a massive disruption of flights at the Murtala Muhammed Airport Terminal Two (MMA2) in Lagos Tuesday following the picketing of the facility by aviation unions.

The MMA2 is a private terminal operated by Bi-Courtney Aviation Services Limited (BASL).

The Air Transport Services Senior Staff Association of Nigeria (ATSSSAN) had threatened a showdown with the management of the private terminal over the sack of 37 staff members, saying 34 of them are members of the union.

The protesting union had faulted the decision of BASL to sack their members last Friday with “ordinary e-mails” sent to their different boxes without regard to the rule of law after they were first sent on compulsory leave of absence for 10 days.

But the management of BASL has described the action of the unions, which disrupted flights in the terminal as illegal.

In a surprise move, ATSSSAN members, joined in solidarity by other aviation unions, stormed the MMA2 terminal early in the morning and barricaded the entrance, preventing many passengers from going to board their flights.

Hundreds of passengers were stranded as all the morning flights scheduled to operate from the terminal were disrupted.

The airlines had to relocate to the General Aviation Terminal (GAT) or the MMA1 to operate the day’s flights amidst grumbling from stranded passengers.

A passenger who identified herself as Lolu said she decided to reschedule her flight due to the confusion occasioned by the picketing.

Deputy General Secretary, ATSSSAN, Comrade Frances Akinjole, who spoke with our correspondent said the union would fight on until the affected staff were re-engaged or treated fairly by the MMA2 management.

He accused BASL of always disregarding labour laws, recalling the 2018 sack of 29 of its members by the same management without due process.

Daily Trust however gathered that the unions might suspend the action as the management of BASL has commenced negotiations with the protesting workers.

Meanwhile, the BASL in a statement said the shutdown of the terminal was contrary to laid down principles of industrial relations and in total violation of the laws of Nigeria.

According to it, there was no proper notice of the action, which it described as “damaging.”

Head, Corporate Communications, Oluwatosin Onalaja said, “The union brought in members who are not employees of Bi-Courtney Aviation Services Limited (BASL) to prevent the employees of BASL from working.

“This is also an unlawful action.  Our relationship is with union members that are our employees and not external members.  This is clearly an illegal action and continues to set a bad precedent in Nigeria.

“The alleged cause of this industrial action is our decision to lay off some of our staff who we consider unproductive.  It is our inherent right to manage our business in the most prudent manner and we should not be intimidated by external forces as is being done in this case.

“The unions are also claiming that we should apply the conditions of service, which we signed in June 2021 retrospectively.  Again, this is contrary to established rules of industrial relations and the laws of Nigeria.”