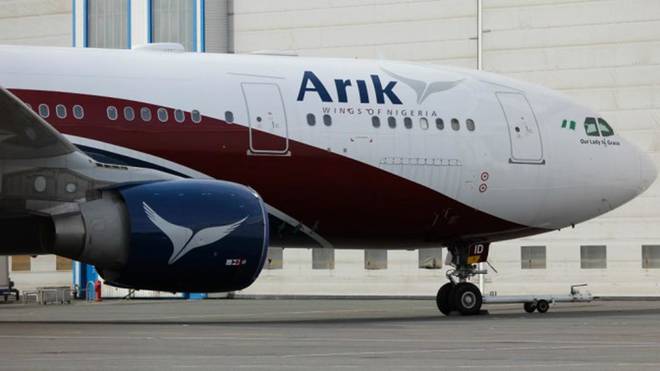 Many passengers who were to travel with the Arik Air on Monday at the General Aviation Terminal (GAT) of the Murtala Muhammed Airport (MMA) domestic wing in Lagos, met empty counters as no official of the airline was allowed by union members into the counters while passengers were told to purchase tickets from other airlines.

Secretary General of NUATE, Comrade Ocheme Aba, said the unions demand the payment of the balance of the staff salaries both for those who worked and those furloughed during the period of the lockdown.

During the lockdown, the airline issued a circular asking 80 per cent of staff to proceed on compulsory leave without pay.

But Aba said the decisions by Arik were taken unilaterally without engaging the unions, saying the management only paid one month’s salary since then.

However, the Nigeria Civil Aviation Authority (NCAA) has intervened in the industrial action as it invited the unions and the management for a meeting scheduled for today, Daily Trust learnt.

Director-General of the NCAA, Capt. Musa Nuhu, confirmed this. “We are planning a meeting to try and resolve the issues. Both sides have been invited.”

The CEO of Arik, Captain Roy Ilegbodu, faulted the strike saying it was declared “without an exhaustive use of the various channels of engagement, discussion, consensus and understanding.”

The airline in a statement by its spokesman, Adebanji Ola, apologised to passengers whose travel plans were disrupted as a result of the strike, insisting the action was illegal which it strongly condemns. It said the airline is working to resolve all pending issues with the unions.