Parents cry out as attacks on schools threaten children’s education

As the international community prepares to mark the second International Day to Protect Education from Attacks on September 8, and Nigeria sets to host the… 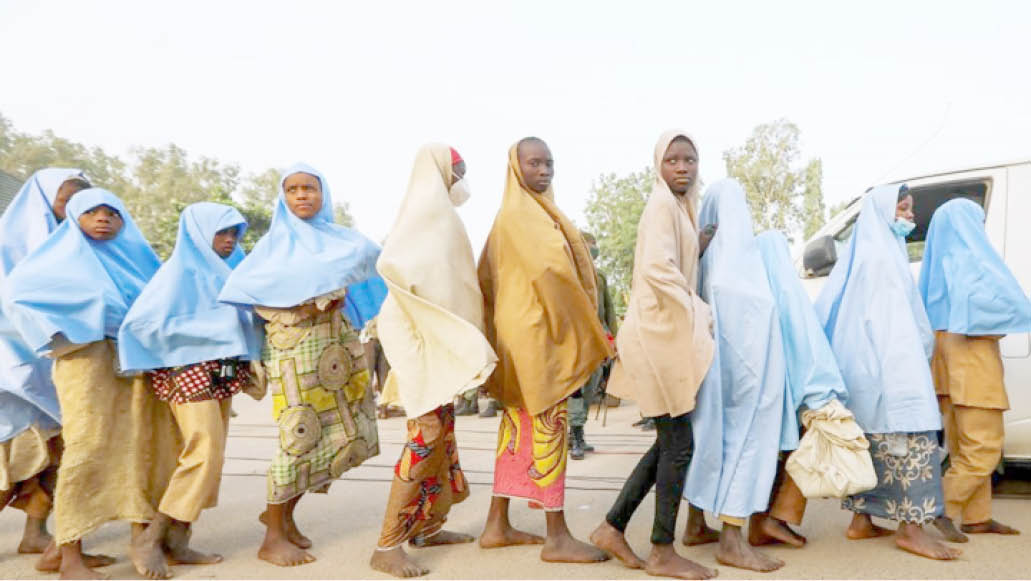 Parents cry out as attacks on schools threaten children’s education

As the international community prepares to mark the second International Day to Protect Education from Attacks on September 8, and Nigeria sets to host the Fourth International Conference on Safe Schools Declaration on October 25-27, parents, communities, students and stakeholders alike are calling on the federal government to make schools and places of learning safe so as not to deny children their fundamental right to education.

The Fourth International Conference on the Safe Schools Declaration to be hosted by Nigeria has as theme ‘Ensuring Safe Education for All: From Commitment to Practice’.

Over 1,000 students have been abducted at schools across northern Nigeria, most of them from the North West region, which has recently been the epicentre of school attacks in the country.

The first known abduction of schoolchildren in the country took place in 2014 when 276 girls were abducted from the Government Secondary School in Chibok, Borno State, North-East Nigeria. Since then, attacks on schools and abductions of students have grown in number and spread across the northern part of the country.

Nigeria currently has more than 10 million children out of school – most of them in the North, and most of them girls – and the school attacks and kidnappings have made the situation worse.

As attacks on schools, especially in the northern part of the country continue, parents and students who have fallen victim have continued to recount their ordeals.

For Ibrahim Mustafa, if he could alter the events of any one day in his life, it would be that of June 18, 2021, as that was the day his only daughter, Fatima, 18, was abducted by gun-toting men at her school in Kebbi State, where she was studying for six years.

“What hurts me and my wife most is that Fatima was abducted on the last day of the term, just when school was about to close, and we were already expecting her arrival home,” he said.

He further said: “Fatima remained in captivity for more than two months and the most painful thing is that we’ve not been able to speak with her since then.

“When my wife first heard the news, she fainted. “She’s been in and out of hospital since then. She does not eat. All she asks me every day is, when is her only child coming home? I wish I had an answer,” he said, holding back tears.

“We want Fatima back. I don’t think we did anything wrong by sending our daughter to school,” he said.

Fatima, just like the other 200 senior secondary students kidnapped and herded into the bush had dreams of a future made possible through education, but now put on hold.

Another parent, Zubairu Hassan, a father of six from Zamfara State, went through a similar trauma when his ward, Hauwa, was kidnapped at school in March this year.

“It was about midnight when we started hearing gunshots in town. We were confused as nobody knew what was going on. But I felt it was bandits because we had been hearing about how they operate,” he said.

He said they couldn’t sleep that night until they went to the mosque where they heard that students at the school where Hauwa was studying had been kidnapped.

Though Hauwa and the other students abducted during the attack have since returned, but their school and other schools in the area have remained closed due to fears of more attacks – meaning Hauwa’s education has been put on hold.

Hassan, who noted that parents should send their children back to school when they reopen, said the government should provide security at the schools, including perimeter fencing, adding that education is the right of every child and also their future and the future of the country.

In spite of the abductions, students are still willing to go back to school having known the value of education.

For Hamidu Isyaku, 17, a survivor of abduction at a boys’ secondary school in Katsina State in December 2020, “When my school reopens, I will go back to continue studying science because I want to be an engineer.”

Also, Amina Abdullahi, 15, who dreams of becoming a medical doctor, said: “After the horrific experience of being kidnapped, I was afraid of going back to school, but I will resume learning when my school reopens.”

Reacting, UNICEF Representative in Nigeria, Peter Hawkins said: “These horrific abductions often result in the immediate closure of all schools in the affected states – putting an abrupt halt to the education of affected students.”

He said even when schools re-open, it discourages parents from sending their children to school and leaves children traumatized and fearful of going to classrooms to learn.

“With increasing incidents of attacks on schools and kidnapping of students, the entire educational system in northern Nigeria is at serious risk if nothing is done urgently to put a halt to the attacks and abductions,” Hawkins said.

Meanwhile, the federal government has restated its commitment to addressing the issue.

Earlier this year, the Minister of Finance, Budget and Planning, Zainab Ahmed, convened a conference on financing safe schools in Abuja. The conference was attended by ministers, governors, security chiefs, traditional leaders and development partners, who all committed to concerted action to change the situation.

However, UNICEF is working with government and other partners, including the Education Above All (EAA) Foundation, to ensure learning continues despite these attacks.

The EAA’s Educate A Child (EAC) programme ensures that child education is ongoing in the states of Katsina, Kebbi, Sokoto and Zamfara despite the serious security challenges in north-west Nigeria.

From Samuel Kaalu, a communication specialist