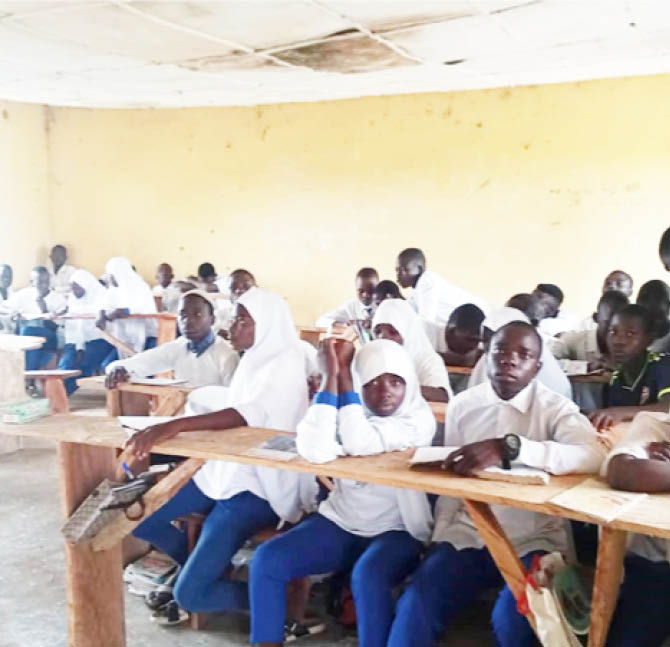 Schools resume in some states and the Federal Capital Territory yesterday amid cautions by parents and school authorities over security concerns.

In Kano, despite the government dispelling the rumours that the resumption date has been shifted by a week, Daily Trust observed that major roads that used to be flooded with students in the morning hours and afternoon closing hours were quiet as some of the students have yet to resume.

Debate over number of years’ pupillage for young lawyers resurfaces

A teacher with one of the secondary schools in the state, Sulaiman Abubakar, said only about 40 per cent of the students resumed.

He, however, dispelled fear that the low resumption was because of insecurity.

In Katsina, the situation was similar with a scanty population of students in many of the schools.

When contacted, the Public Relations Officer of the state Ministry of Education, Malam Sani Danjuma, said as far as the government was concerned, the resumption date was September 11 and 12 for boarding and day schools, respectively.

However, schools in Jigawa State remained shut following the decision of the government to close down all schools earlier in the month over threats of insecurity.

In Nasarawa State, the resumption date for schools has been postponed with no date yet announced.

The schools were billed to resume yesterday, but a circular from the state ministry of education shared with parents by school proprietors said schools would no longer resume on September 11 as earlier scheduled.

A circular sighted by one of our correspondents read, “I am directed to inform all school owners in our area that the authority in the state has given a directive that all schools should remain closed while the necessary consultations are being made for the reopening.

“The APSON state Chairman, Pastor Agada, has encouraged all school owners to kindly adhere strictly to the above directive.

“He further gave a note of warning to any member who may wish to disobey the state educational authority to be ready to face the counter reactions alone.

“APSON officials will not defend any unlawful members or any act of willful disobedience.”

Daily Trust reports that the state government had raised the alarm over the presence of fleeing bandits in some localities in the state.

Our correspondent who visited some of the schools in the territory observed pupils and students cleaning their school environments for the new academic session.

Daily Trust reports that the schools were hurriedly closed by the Federal Capital Territory Administration (FCTA) towards the end of the last session due to a series of attacks on FCT communities by bandits.

Some female students of Junior Secondary School Byzhin, Kubwa, were seen fetching water for the cleaning of their classrooms.

Male students were also picking papers and dirt around the school and cleaning lockers.

Tunde Bello, a teacher at one of the private schools in DeiDei, Abuja, said academic activities for the new session had begun in earnest and as such teachers had commenced their lessons.

At the Royal Kiddies Academy, a private school in Byazhin Across, Kubwa pupils were heard reciting the names of the states in the country and also poems.

Mrs Ikechukwu Gloria, the school proprietress, said she was ready for the resumption of her pupils, adding that adequate measures had been put in place to ensure their safety.

“We have put measures in place to beef up security as the government cannot do it alone. Pupils need to keep learning,” she said.

Another school proprietor in the Pipeline Area of Kubwa, Chuks Innocent, said they were “Working with security operatives in the FCT and local vigilantes to make sure that students and pupils are not attacked.”

Private and public schools fully resumed academic sessions across Kaduna State last week even as schools have yet to resume in Minna, Niger State capital.

Daily Trust observed that as early as 7:30 am parents were seen conveying their wards to school.

“They have resumed and everything is going on fine. We are lucky the school has not increased school fees,” he said.

Salisu Suleiman also said his five sons had all resumed in Kaduna but complained that the price of books was on the high side.

“I bought four rolls of exercise books and shared them among my four children. As a low-income earner, it was not easy for me but I thank God I was able to buy them. I’m not concerned about school fees because they attend a public school,” he said.

Alhaji Ibrahim Mohammed complained about the cost of learning materials.

In Niger State, however, students in both public and private schools have yet to resume for the new academic session. Daily Trust gathered that September 19 was the official resumption for schools in the state.

A teacher with the Government Girls’ Secondary School, Bosso Road, Malama Maryam Usman, told our correspondent that the resumption was September 19 and not 12.

The Director of Studies, Legend International School, Dr Kamar Hamza, said September 12 was initially fixed for resumption but it was later moved to September 19 on the directive of the state government.

Students in secondary and primary schools in Ekiti State have resumed for the 2022/2023 academic activities.

Also, schools resumed in Akwa Ibom State with many students, pupils as well as teachers reporting at their different duty posts.

Across the state, especially in Uyo, the state capital, students were seen trooping into schools in large numbers.

Announcing the resumption of schools last week, the Commissioner for Education, Mrs Idongesit Etiebet, explained that the unified academic calendar in the state was aimed at ensuring synergy in the public and private schools.

As pupils and students in the FCT resumed for the 2022/2023 academic session on Monday, the Federal Capital Territory Administration (FCTA) has reassured parents and guardians of the safety of their wards.

The administration also raised the salary of security guards in the schools from N15,000 to N30,000.

The Education Secretary, Dahir Sani El-Katazu, gave the assurance when he visited some of the schools to access the compliance of pupils and students to the resumption.

He assured that the FCTA would double the number of security men in the schools.

“For a very long time now, the FCT Minister, Malam Muhammed Bello, had made sure that security arrangements are adequately put in place, not only in schools but in the whole territory.

“We are likely to have additional security measures in our schools, we have to double the number of security men that are supposed to be in the schools and also double their pay from N15,000 to N30,000.

“The security situation in our schools is much better and I urge all parents and guardians to allow their kids to come back to school and also give the school management all the cooperation required in order to educate their kids,” he stated.

Reacting to the level of compliance to the resumption, the Acting Director, FCT Quality Control Assurance, Mrs Magdalene Uzoanya, said “The resumption is actually impressive, like the Secretary for Education mentioned earlier on, we have above 80 per cent resumption in most of the schools we entered.

“It is only one public primary school of which it’s understandable, the children are still under-aged and some parents may not be too willing to release them so early to go to school and start cutting grass and all that.’’