Minister of Communications and Digital Economy, Professor Isa Ali Ibrahim Pantami, has authored another book on skill acquisition. The minister, who recently released books on… 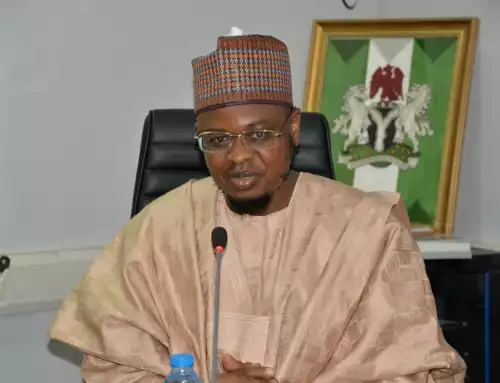 The minister, who recently released books on ‘Cybersecurity Initiatives for Securing a Country’ and ‘Datafication of Society to Foster an Internet Economy’ will unveil ‘Skills Rather Than Just Degrees’ in Abuja on Thursday.

The research work focuses on the importance of skills and its potential impact in addressing the problems of unemployment and underemployment.

Prof. M. A. Abdulazeez, Vice Chancellor of Abubakar Tafawa Balewa University (ATBU), said the book amplifies the need for the institutionalisation of the triple helix model as a veritable tool to recalibrate our participation in the knowledge-driven global economy.

Prof. Owunari Abraham Georgewill, Vice Chancellor of the University of Port-Harcourt (UNIPORT), said the book enhances the understanding of how skills can solve challenges like unemployment and underemployment.

A statement by NITDA spokesperson, Hadiza Umar, said the event would signal the commencement of landmark broadband initiatives and advance the course of the digital economy.

Umar noted that following Pantami’s presentation to the Federal Executive Council (FEC) on the 26th October 2022, N16.7billion was approved for broadband access in 20 markets and 18 schools across Nigeria.

“As part of efforts to implement the Nigeria National Broadband Plan (NNBP, 2020- 2025), the Honourable Minister secured the approval of the FEC the 8th of December 2021 for N1.96billion to be used to purchase 6,000 e-pad mobile devices for students in tertiary institutions.

“Both projects are to be implemented by the Nigerian Communications Commission (NCC) and supervised by Pantami”, Umar added.