Government College, Bida, is a landmark name among the legendary public secondary schools in Nigeria.  Not only has it produced... 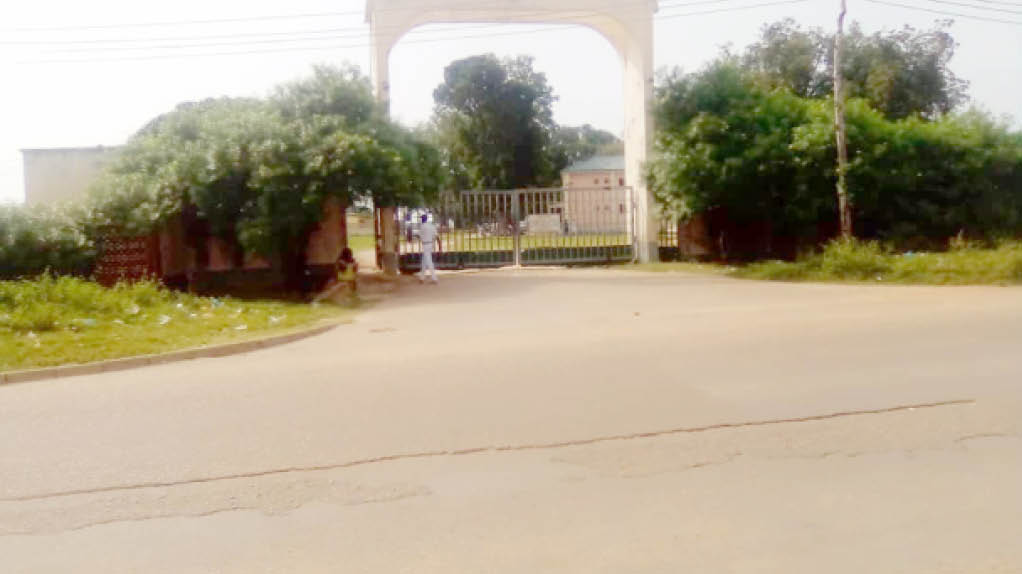 Government College, Bida, is a landmark name among the legendary public secondary schools in Nigeria.  Not only has it produced several prominent personalities from different walks of life,  it also bespeaks academic standard, especially during its glorious past.  But currently,  the phenomenal  institution is on survival lane 109 years after,  Daily Trust reports.

One of the fascinating things about Government College, Bida,  Niger State, is the number of prominent Nigerians that have passed through the school since  its 109 years of existence. It is considered as one of the oldest schools in northern Nigeria.

Though a documentary evidence sighted by Daily Trust Saturday  revealed  that the first set of admission of students into the school was in 1914 with 60 students, the 1957 admitted students are said to have dominated the array of history of the college. Notably among them were Nigeria’s former military president, General Ibrahim Badamasi Babangida (rtd), former Head of State, General Abdulsalami Abubakar (rtd) and  Emir of Zuru, Alhaji Sani Sami. Others included  General Garba Duba, Colonel Sani Bello, former FCT Minister, Mamman Jiya Vatsa, Umaru Gbate,

Mohammed Gado Nasko, Abdulmuminin Keki Manga, Paul Babale among others.  They were all a set of students  admitted into the college in 1957.

During a visit to the school, the principal of the college, Malam Haruna Majin, said the school which served as one of the unity colleges, currently has a population of 2, 500 students from the 19 northern states with 61 permanent teachers and 26 youth corps members.

He told Daily Trust Saturday that despite the prominence and blaze of  glory that the  college had enjoyed since inception, it had been  bedeviled with several challenges such as inadequate teachers, lack of a functional library, medical professionals as well as security guards, which exposes the school to thefts.

Our correspondent gathered that  the college had only two teachers each for English Language and Mathematics who take JSS 1 to SS3 classes and  only three teachers each for Chemistry and Physics who teach all the arms of the senior classes (SS1 to SS3).

He said that despite the challenge, the performances of students in both WAEC and NECO examinations had been exemplary. He said  the school needed more teachers to reduce work load on the available ones for more impacts.

The principal said the school lacked relevant books in its library as those available were obsolete.  He said attempts to convert the physical library into an e-library  had proved abortive due to the lack of security guards to protect the facility from theft.

“We’ve had several cases of theft where thieves broke into our offices in the night and removed electric cables. So, we are scared and cannot keep our computers in the library,” he said.

For a school that requires a minimum of 10 security guards, Daily Trust Saturday gathered that the entire school is being guarded by two security guards who were recently recruited by the Parents Teachers Association (PTA) on request by the school authority.

“During holidays when students are away, we engage three vigilantes to guard the school and pay them N10,000 each. But once students return, we relieve them because we can’t employ them permanently. The only source of income to the school is the PTA which is N1,500 and students pay at will because we are asked not to force any student to pay,” he said.

He appealed to the state government to provide security in the school to guard the students and the facilities.

Our correspondent gathered that although the college had benefitted from the Central Bank of Nigeria interventions which saw to the construction of a school clinic, installation of solar street lights and donation of gas cylinders to the chemistry laboratory, the clinic has only four beds to cater for about 2,500 students.

It was learnt that the school clinic  lacked sufficient drugs and professional health workers.  It was also gathered that the college relies on an auxiliary nurse who works only during the day, while the school’s Economics master doubles as the health master.

The college auxiliary nurse, Lami Yahaya, told our correspondent that about  30 students come daily  to the school clinic with malaria cases.

“For malaria cases, if we admit them, we give them PCM, anti-malaria and other drugs.  For severe cases, we take them to the Federal Medical Centre, Bida for treatment,” she said.

The principal said though the health master was not a specialist, the school relied on him even at nights to help attend to sick students who are usually transferred to Umaru Sanda General Hospital or Federal Medical Centre, Bida,  in case of severe cases.

He said the PTA had helped to purchase some drugs for the clinic but they were inadequate, especially the anti- malaria drugs due to rampant cases of the disease among students.

In a chat with our correspondent, some of the students decried inadequacy of  teachers for all the subjects, which, they said, hampered special lesson attention .

Other students said in spite of the interventions by the old boys, more beds were required in the hostels as many students slept on the floor due to inadequate beds.

1968 old student reminisces on past standards

A 1968 set students, Abdullatif Umar, who decried the falling standard of education in the college, recalled how they were taught by expatriate teachers. “There is a great difference because during our time, if you came into Government College Bida, you couldn’t see a black man. They were all white men. Any Black man you saw was either teaching Arabic or Hausa Language. All our teachers were experts sent from London, Pakistan, India, and Bangladesh. They were here purposely not for anything else, but to teach us and before you finished a 30-minute class, another teacher was waiting at the door.  Though our current teachers are trying their best, it can’t be like those days,” he said.

“You can’t compare the two periods. We had everything then.  We had our labs well equipped.  We had workshops for carpentry and metal works,” Umar said.

The Head of Department, Languages, Amina Mohammed, who has been teaching English Language in the school for the past 13 years, said she had only attended one capacity building training.

“Each of the JSS 1 to JSS3 are from A to D and there are seven arms for each of the SS 1 to SS3. And we teach each arm  English Language every day. In the JSS classes, we have four periods each to teach JSS 1, JSS2 and JSS3 in a day, while we have seven periods each in SS 1, SS2 and SS3,” she said.

The Head of Department for Physics, Femi Adeyinka, said there were only two teachers teaching the subject across all the SS classes.  “I take SS3 classes from A to C and we have 80 students in each of the classes,” he said.

He lamented that the school did not have enough equipment in the Physics lab. “We don’t have ammeter  and a lot of others.  I teach SSS3 and they are about 200 in number.  Even in WAEC and NECO exams, we always divide them into two groups to make use of the little equipment that are Available,” he said.

Adeyinka  said the lack of practical equipment had affected teaching and learning of the subject. “That is why students don’t  understand Physics as they should. A lot of things we do in Physics need to be practicalised for students to understand very well,” he said.

The  Chemistry teacher, Abdullahi Bako, said gas cylinders had been donated to the Chemistry lab by the Central Bank of Nigeria (CBN) under its Educational Intervention Programme but they were yet to be put to use, three years after the donation.

“What we were told was that, the cylinders would be connected but that has not been done three years after.  We have three Chemistry teachers and I teach three classes (SS2), while my colleague teaches SS3 and each class has 60 students,” he said.

Daily Trust Saturday gathered that old students of the school had been giving helping hands to the school with a view to overcoming its challenges. As a result, it has continued to survive on individual and collective interventions, especially  by the old boys.

“The old boys have their ears to the ground. They always want to hear what is happening in the school. They are always ready to come in to our aid individually and collectively. They want us to always maintain the standard set before they left the school,” the principal said.

Our correspondent, who went round the school , observed that through individual and collective interventions of the old boys, the school staff quarters had witnessed certain constructions and renovations. Other interventions include renovations of hostels and classrooms, donations of classrooms and office furniture, hostel beds, jerseys, mattresses, laboratory facilities among others. It was gathered that the school had received a state government intervention worth N50 million which was used  for water reticulation and renovation of some hostels as well as some office furniture for the principal staff of the college.