Pain, fear as bandits kill 212 within 2 months in Kaduna 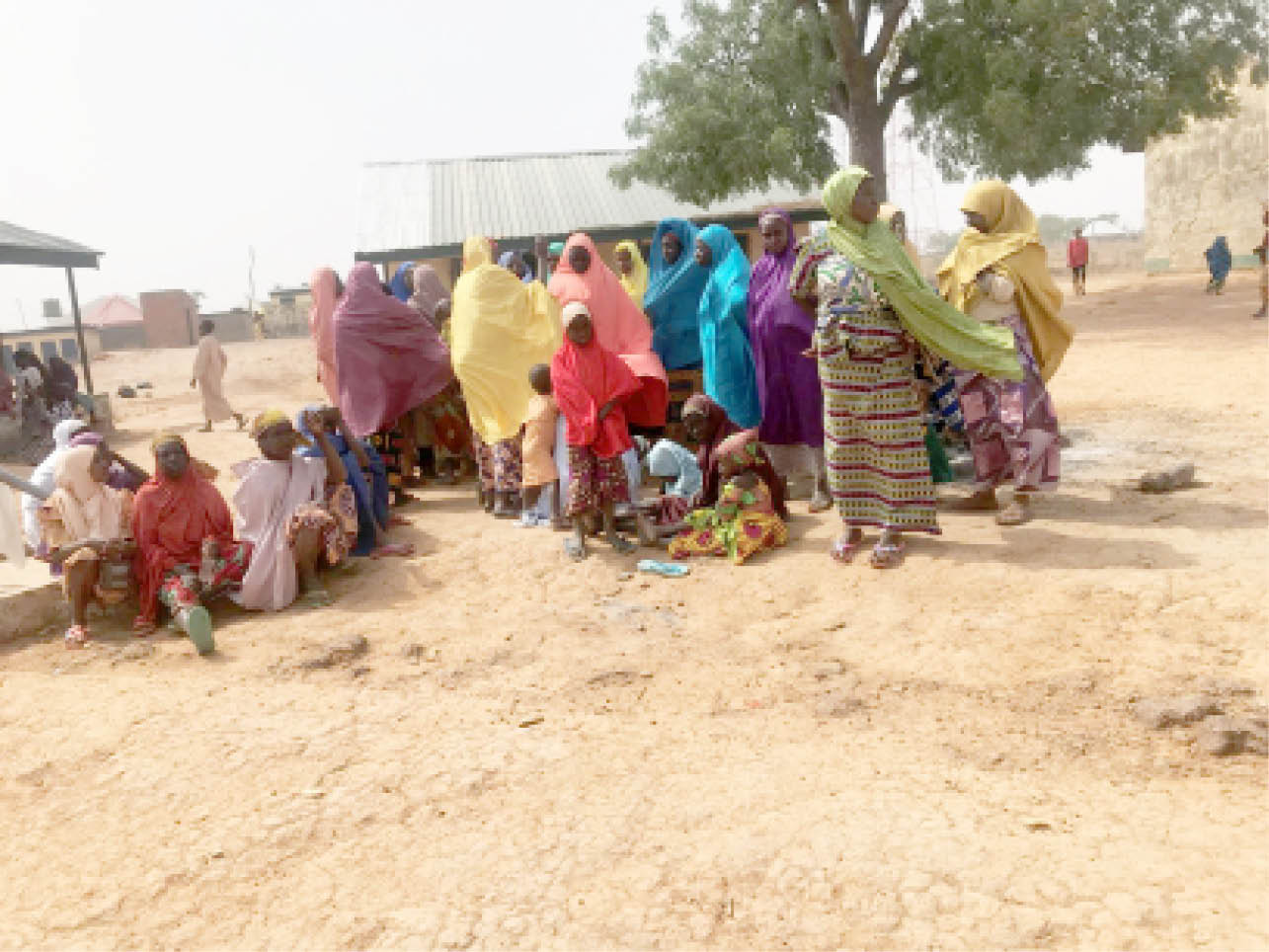 In the last two months, over 200 people have died in Kaduna State following several attacks by bandits in 10 local government areas of the state. The Kaduna State government said the number of deaths between January and February has reached a quarter of the 937 people that lost their lives to bandits last year.

The rise in the cases of attacks has instilled fear in the minds of residents in the areas most affected by the rising violence.

Daily Trust reports that between January and February, at least 212 people had been killed with at least 65 injured in 10 local government areas of Kaduna State. With Igabi, Chikun, Giwa, Birnin Gwari and Kajuru suffering the most attacks in the last two months, attacks were equally launched on communities within Kauru, Zangon Kataf, Kachia, Zaria and Lere local government areas.

Hundreds of persons from affected communities are taking refuge in nearby villages they consider safer than theirs, Daily Trust gathered.

In the afternoon of February 27, 2021, seven people were killed when about 50 bandits, moving on motorcycles, invaded Anaba village in Kerawa ward of Igabi Local Government Area in Kaduna State. Twenty-year-old Basira Nuhu, a mother of one who was in a neighbouring village at the time of the attack, said she was immediately apprehensive when news went round that her village, Anaba, was under attack.

“My husband was ill and I had left him at home,” she told Daily Trust. A phone call had confirmed to Basira who was then four months pregnant that her husband was one of the seven killed. A single bullet wound through the back of his ear had killed him and so with the news, Basira also miscarried her pregnancy.

She is now one of 1,227 persons displaced from Anaba, a farming village, and taking refuge at the LEA Primary School, Birnin Yero, along the Kaduna-Zaria Highway. The majority of the displaced persons are women and children who have lost their spouses and parents.

The Kaduna State Emergency Management Agency (SEMA) has acknowledged their situation and the Executive Secretary of SEMA, Alhaji Abubakar Hassan, told Daily Trust on Sunday that his staff had visited the IDPs and taken an assessment of their situation to understand their needs and how they can be assisted.

Narrating the events of that horrid day, Amina Ali, mother of four, said she had scrambled for safety with her husband and two co-wives. They watched as the bandits targeted their husband, and as the bullet hit him, Amina said he fell to the ground, and they watched as the bandits finished him off by ramming their motorcycles on him several times. “Then, they rounded up all the women and children in one place, barked at us to hand over money and phones and then they made us watch as they set ablaze our homes and grains,” she said.

“I watched as my father and brother were killed,” Yahaya Isah, a middle-aged man said. “I had no choice but to run for my life, because they were shooting sporadically at people. Our community is not far from the forest area and the nearest community is over 50 kilometres from us, so no one came to our rescue.”

Malam Jafaru Abdullahi, Mai Unguwan Salau in Anaba, said he also watched the bandits kill his father, adding that despite the special bond between him and his father, he couldn’t save him. “Imagine watching your father killed by criminals. I watched helplessly as parents abandoned their children to escape the attack,” he said. He explained that losing a loved one to banditry is now considered an everyday affair.

Zainab Abdulrashid, a mother of 13, narrated how she lost five of her children in previous bandit attacks, adding that she was left with minors.

She said the pattern is that the bandits kill the men and force the women to watch. “They tell us clearly that they are not after us that they are only after our men, and then they steal our livestock and food, burn the remaining and our homes, we have nowhere to complain, and we only take solace in God.”

A community leader in Anaba, Sa’adu Adamu, said the bandits had warned that they would return which forced them to flee their community and remain in the LEA school. “There is no security in our village and so we fled, especially since our homes and grains have been burnt while our livestock have been stolen.

“We want the government to complete the road from Jura to Kerawa so that security agents can come to our aid promptly when we call them. The entire road is not more than 10 kilometres. We are not asking for much but the state government should complete the road so that security agents can have access to our communities,” he said.

A deal with the “devil” that went wrong in Birnin Gwari

A peace deal struck two years ago between a faction of bandits with selected communities in Birnin Gwari went sour when bandits in February pounced on several communities around Damari, Saulawa and Randagi, claiming about 30 lives in one week.

Having lived in Damari for 12 years, Hannatu Ibrahim has now moved to Dogon Dawa to settle with her son after bandits invaded Damari, killed many and set their homes and grains ablaze.

“I lived in Dogon Dawa for 30 years and after my divorce, I moved to Damari where I lived for 12 years until this latest attack,” she said. Hannatu who is now in Dogon Dawa said the bandits had invaded the community in daytime daytime.

“We have never seen anything like that; from 9am to 4pm, we were under attack until the military helicopter came and the bandits fled. Then vehicles from Dogon Dawa came and helped us out,” she said.

Our correspondent gathered that before the February attack, the people of Damari, Kuyello and Saulawa axis had enjoyed the protection of a renowned bandit, Malam Abba. But Hannatu said a misunderstanding between Malam Abba’s lieutenants and another group of bandits had led to the attack on their communities.

“Two years ago, bandits denied us from going to our farms. It was too much and so a committee was set up to negotiate with them. We reached an agreement that people around Damari, Saulawa and the Kuyello areas will be allowed to go to their farms without intimidation. Those in Daogon Dawa did not participate in the negotiations,” she said.

Speaking with Daily Trust, Hannatu narrated how the bandits chanted that the deal struck two years ago was now off the table during the attack. “It was a bandit war,” she said, adding that: “We learnt that Malam Abba’s lieutenants apprehended a Fulani bandit, killed him and took his motorcycle and unfortunately someone from our community bought it.”

Another resident corroborated her story saying the bandits had told them that Malam Abba was responsible for the attack on their villages because he had killed one of the bandits.

Ibrahim Mahauta from Randagi also said what the 2018 agreement entailed was that the bandits would be allowed to walk freely into any of the communities but the people of Dogon Dawa had rejected it.

“We cannot be part of such an agreement,” a vigilante leader from Dogon Dawa said. “How would we allow bandits in military uniform armed with AK-47 and sometimes RPGs walk freely in our communities? The people of Dogon Dawa equally warned those from Damari and Saulawa against negotiating with the bandits but they did not listen,” he said.

According to him, some five years ago, several communities had sat with the bandits together with security agents but were disappointed when the bandits later broke the agreement. “We tried it in the past and the bandits broke the agreement so we tried to discourage our neighbours from dealing with them but they insisted and it got to the extent that it began to affect trade relations between us.

“The state government has equally made its position clear on negotiating with bandits, so we have decided to work with security agents to protect our people. We have the civilian JTF and our members in vigilante. Our religion and the constitution of this country has given us the mandate to protect our lives and properties and that is what we will do,” he said.

Isa Abubakar who has taken in several displaced persons in his home said: “I can tell you communities such as Farin Ruwa, Saulawa, Jaruwa, Hayin Gada, Damari, Mabe, Kakini, Maraban Kakini and others have all been deserted. The people of Damari and Saulawa have now vacated their communities and some have gone to Zaria while others have come here in Dogon Dawa and Birnin Gwari.”