Ozekhome charges judiciary to shut down courts over Onnoghen

A constitutional lawyer, Mike Ozekhome (SAN) has called on the judiciary to close down all courts across Nigeria in the wake of the charge of… 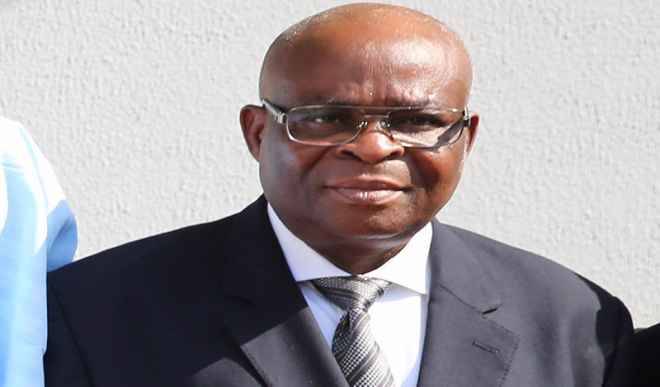 A constitutional lawyer, Mike Ozekhome (SAN) has called on the judiciary to close down all courts across Nigeria in the wake of the charge of non-declaration of assets filed against the Chief Justice of Nigeria (CJN), Walter Samuel Onnoghen.

Justice Onnoghen is expected to be arraigned on a six-count charge at the Code of Conduct Tribunal (CCT) on Monday after the federal government accused him of failing to declare his assets between June, 2005 and December, 2016.

But reacting to the charge, Ozekhome said Nigerians should stand up to defend the nation’s democracy.

“Judiciary, close down all courts of law across Nigeria until this blatant mischief and madness against the judiciary are removed. This government should at least leave Nigerians in peace, if it cannot provide them with good, responsible and accountable governance,” he said.

He added that “A strong judiciary is one of the irreducible fundamental platforms for any meaningful constitutional democracy. If you terrorise, intimidate, harass and humiliate the judiciary, using strong hand and brute force, it is a stage set for bidding democracy farewell.

“It is clear to any objective observer that the charges are highly political, and designed to intimidate the Judiciary ahead of the 2019 presidential election and force out Onnoghen, who, as the CJN, will constitute the Presidential Election Tribunal that will entertain disputes arising from the presidential election.

“Many facts bear this simple deduction out. The petitioner, an NGO, actually committed the freudian slip by anchoring its petition on “bearing in mind the imminence of the 2019 general elections and the overwhelming role of the judicial arm both before and after…”

Ozekhome said the charge was aimed to cow and annihilate the judiciary, which he called the last hope of the common people.

“Nigerians now appear to live in bondage of dictatorship and absolutism. Citizens now talk in whispers, afraid of even their shadows. Only those who support the government, however corrupt, find peace.

“First, it was a selected class of Judges, then SANs, then NASS, then Media, then NBA President, and now the entire Judiciary. Impunity now reigns supreme, strutting about proudly like a peacock,” he said.