Over 3,800 houses destroyed, 5 killed by rainstorms in Katsina – SEMA 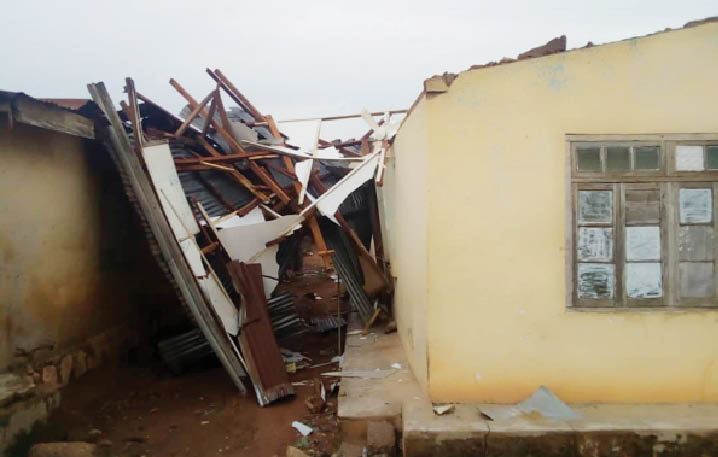 FILE PHOTO: A building destroyed by the rainstorm

He listed five other areas where rainstorms wreaked havoc to include Mashi, Mani, Mai’adua, Dandume and Matazu.

“The state government is doing everything possible to prevent further flooding and has set up a committee to work toward preventing the outbreak of cholera in affected communities,’’ Muhammed said.

The National Emergency Management Agency (NEMA) presented seven trucks of relief materials to Katsina State on September 1 for distribution to the affected areas.