Over 300 shops destroyed as fire razes another market in Sokoto

More than 300 shops are said to have been destroyed as fire razed Kara market in Sokoto  metropolis.  The cause of the fire was unknown… 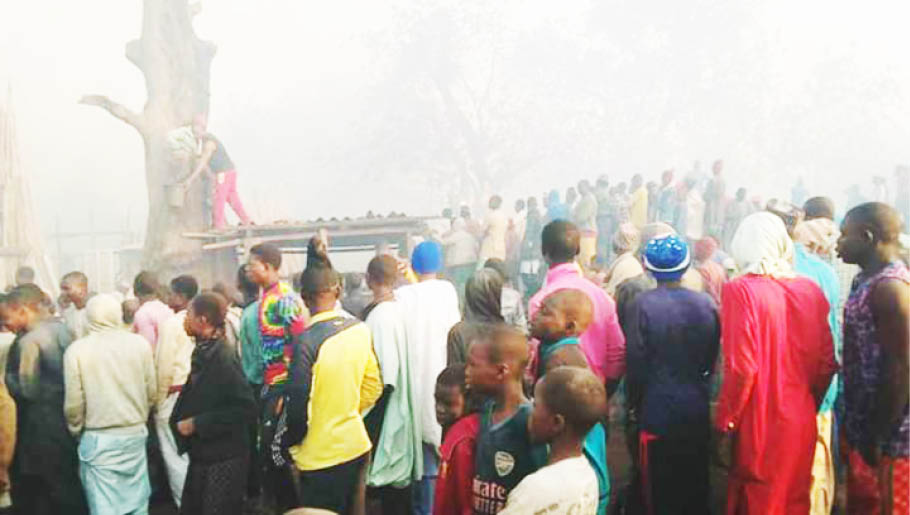 Scene of the fire outbreak at Kasuwan Kara

More than 300 shops are said to have been destroyed as fire razed Kara market in Sokoto  metropolis.

The cause of the fire was unknown at the time of filing this report but  witnesses said the inferno started yesterday around 4am.

The fire was reported to have started around the grain section of the market before escalating to other parts.

Another account said the fire started from the blacksmith section around 2am.

One of the affected traders, Jamilu Isa, said he lost all his wares to the inferno.

“I lost everything in my shop,” he said

The spokesman of the traders, Tukur Balarabe, said over 300 shops were destroyed by the fire before it was put out.

He called on the state government to come to the aid of the affected traders by providing them with financial support.

Governor Aminu Waziri Tambuwal, who was among the early callers at the scene of the incident, consoled the traders and urged them to take it in good faith.

“We all know that anything that happens to a Muslim is from God. So I want you to take it as a will of God and pray for succour from Him,” he said

Represented by his deputy, Manir Dan’iya, Tambuwal directed the Commissioner of Commerce and President, Sokoto Chamber of Commerce to take inventory of the damage caused by the fire which was still raging at the time of his visit.

It would be recalled that in December last year, fire destroyed part of the Sokoto Central market which is yet to be renovated.