Rave-of-the-moment artiste, Portable, has congratulated the winner of the recently conducted Osun governorship election, Ademola Adeleke of the Peoples Democratic Party, over his victory at… 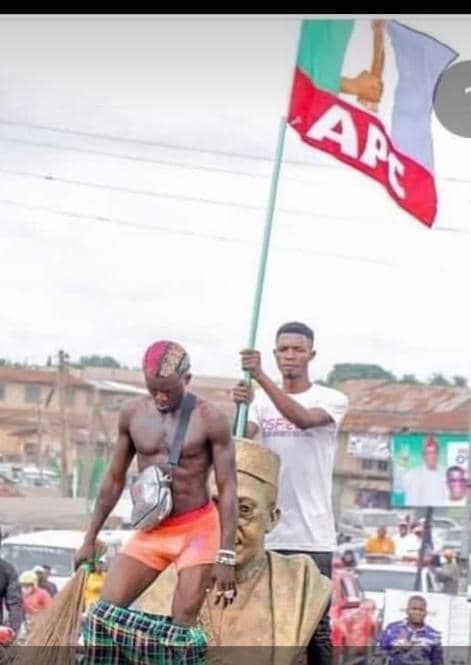 Rave-of-the-moment artiste, Portable, has congratulated the winner of the recently conducted Osun governorship election, Ademola Adeleke of the Peoples Democratic Party, over his victory at the polls despite campaigning for the opposition party’s candidate, Adegboyega Oyetola of the All Progressives Congress.

The singer took to his Instagram page to share a picture of the governor-elect with a song he made for Adeleke playing in the background.

Some days ago, the singer was in the state to campaign for Oyetola as well as the APC presidential candidate, Bola Ahmed Tinubu. In several videos, Portable revealed that he was paid by the APC to campaign for their candidates.

Moreso, after his visit to the incumbent governor, Oyetola, the singer was seen flaunting some wads of cash from a paper bag with the Osun State insignia.

Reacting to the singer’s post, a Lagos-based On-Air Personality and rapper known as N6, asked via Portable’s comment section if he has switched camp so soon.  He wrote, “You don cross carpet already.” (sic).

Another Instagram user with the account, @fauze_eey wrote, “What is this now?? Please we don’t want you near us abeg go back to your club.”(sic)

Also, a user of the microblogging platform, @oluadebamowo urged the singer to tread carefully. “This thing you’re doing is dangerous o! Don’t get yourself in trouble,” he commented.