Zazoo Crooner, Portable has issued a public apology to his colleague and music superstar, Davido, weeks after insulting him on the internet following event during… 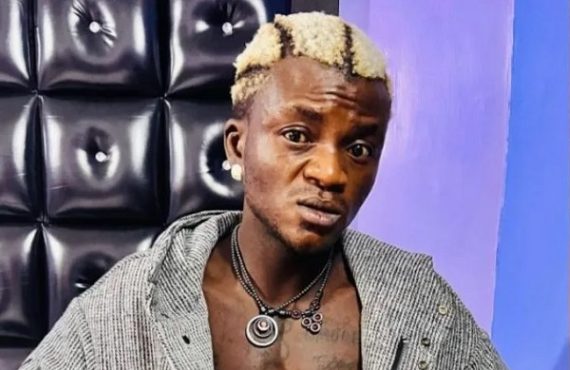 Zazoo Crooner, Portable has issued a public apology to his colleague and music superstar, Davido, weeks after insulting him on the internet following event during the recently held Osun election.

It could be recalled that Habeeb Okikiola, fondly called Portable, threw jabs at Davido, in regards to the gubernatorial election in Osun state where they had both supported different sides of the party.

While Portable supported and endorsed the incumbent governor, Gboyega Oyetola of the All Progressives Congress, Davido threw his weight behind his Uncle, Ademola Adeleke who later became elected under the umbrella of the Peoples Democratic Party.

Portable, speaking in the Yoruba language said he wasn’t born from a wealthy family but he had made his father a wealthy man, unlike Davido, whose father is one of the richest men in the country.

Weeks after the drama had ensued, Portable who was recently bestowed a chieftaincy title by the Onitigbo of Tigbo as the “Chief Amuludun of Tigbo, Aworiland”,  was brought in to apologise to Davido.

The monarch, Onitigbo of Tigbo addressed Portable alongside several of his subjects, in a church and instructed Portable to apologise and disregard all that had occurred between them during the Osun election.

Portable who took the microphone from the monarch said that he has no bad blood towards Davido, he also made it clear that he was only in Osun to conduct a job he was contracted for.

Portable also offered his utmost apology to Davido and his entire fans.