The Osun Election Petition Tribunal sitting in Osogbo, on Monday, adjourned until October 4 the pre-hearing of a petition filed by Governor Gboyega Oyetola against… 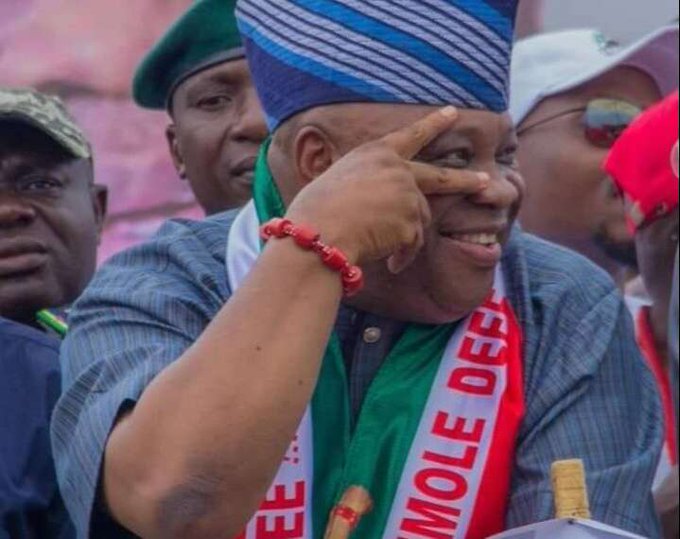 The Osun Election Petition Tribunal sitting in Osogbo, on Monday, adjourned until October 4 the pre-hearing of a petition filed by Governor Gboyega Oyetola against the declaration of Ademola Adeleke as the Governor-elect.

The Chairman of the tribunal, Justice Tertsea Kume, fixed the date and granted the Independent National Electoral Commission (INEC), People’s Democratic Party (PDP) and Adeleke seven days to respond to the pre-hearing form served on them by the tribunal.

Earlier, Counsel to the All Progress Congress (APC), Prof. Kayode Olatoke, SAN, had informed the court of his readiness to continue with the pre-hearing session, having filed his form TF008, where issues for determination were raised.

At the request of the tribunal for advice, Olatoke suggested that the matter should be delayed for a few hours for the respondents to also respond to the tribunal pre-hearing form.

Counsel to the INEC, Ben Ananaba, SAN, said the pre-hearing could not go on because he was just served with the pre-hearing form this morning, saying statutorily, they have seven days to respond.

Counsel to Adeleke, Bamidele Abolarin and counsel representing PDP, Nathaniel Oke, SAN, also requested the tribunal to give them the required seven days to respond.

Addressing newsmen after the sitting, Olagoke said the adjournment was not out of place, but the tribunal has the power to abridge the days required for any of the parties to respond.

He said that PDP is ready to defend its victory in the last governorship election in the state.

Following the outcome of the July 16 governorship election in Osun, Oyetola and the APC filed a petition before the Election Petition Tribunal sitting at the State High Court, Osogbo.

The petitioners who were seeking justice challenged the results of the election in some of the Local Government Areas and prayed the Tribunal to return their mandate to them.

The INEC had declared Adeleke winner of the July 16 governorship election having polled a total number of 403,271 against 375,027 polled by Oyetola. (NAN )