The Osogbo Artists’ Village, which was set up to serve as a melting pot for notable artists in Osun State, is in ruin. The village… 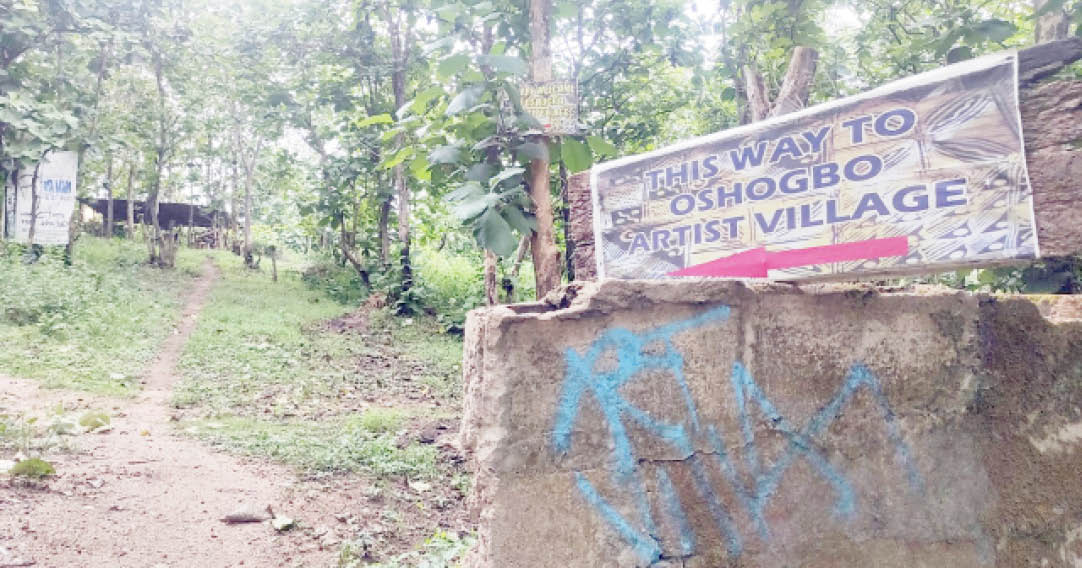 The Osogbo Artists’ Village, which was set up to serve as a melting pot for notable artists in Osun State, is in ruin.

The village inside the Osun Osogbo Grove used to be a hive of activity with various artists at work. Painting, textile (tie-dyeing, weaving, Aso-Oke/Aso-Ofi) and craving were among the numerous daily activities in the village. Drama and performing were not left out.

Holidaymakers and tourists who visit the grove go to the village to have fun and buy artworks. It is also a place for excursions, learning and sightseeing. It is an interesting ancient place with relics of Yoruba cultural and traditional antiquities.

The village was a shadow of its old glory when Eko Trust visited recently. There are now fewer artists and artworks in the village as patronage has also dropped significantly.

The Spokesman of Artists’ Village, Villager Ganiyu Ibikunle, who described the fire that gutted the place on March 5 as unfortunate, lamented that the incident has brought it to its lowest ebb.

He called on government, corporate organisations and spirited individuals to come to the aid of the artists as the place was designed for the purpose of bringing professionals who are into carving, sculpture, painting, cement work, brass work and tie-and-dye together in the same environment to boost recognition and ultimately the sale of their works.

He said: “We are using this medium to inform the people of the state and Nigerians that the work in all categories of art is still going on at the artists‘ village. Tourists and art lovers can visit to see artworks”.

Art lover, Mr Adewale Adewumi, appealed to the state government to rebuild the village, fix the roads leading to the area so as to attract tourists and lovers of artworks to the village and prevent the United Nations Educational, Scientific and Cultural Organisation, UNESCO, from delisting Osun grove from world heritage sites.

Efforts to get government officials to speak on the artists’ village did not yield positive results as of the time of filing this report.