Former Governor of Ogun State, Aremo Olusegun Osoba, on Wednesday, revealed how he was “rigged out of office” during the 2003 governorship election. Osoba said… 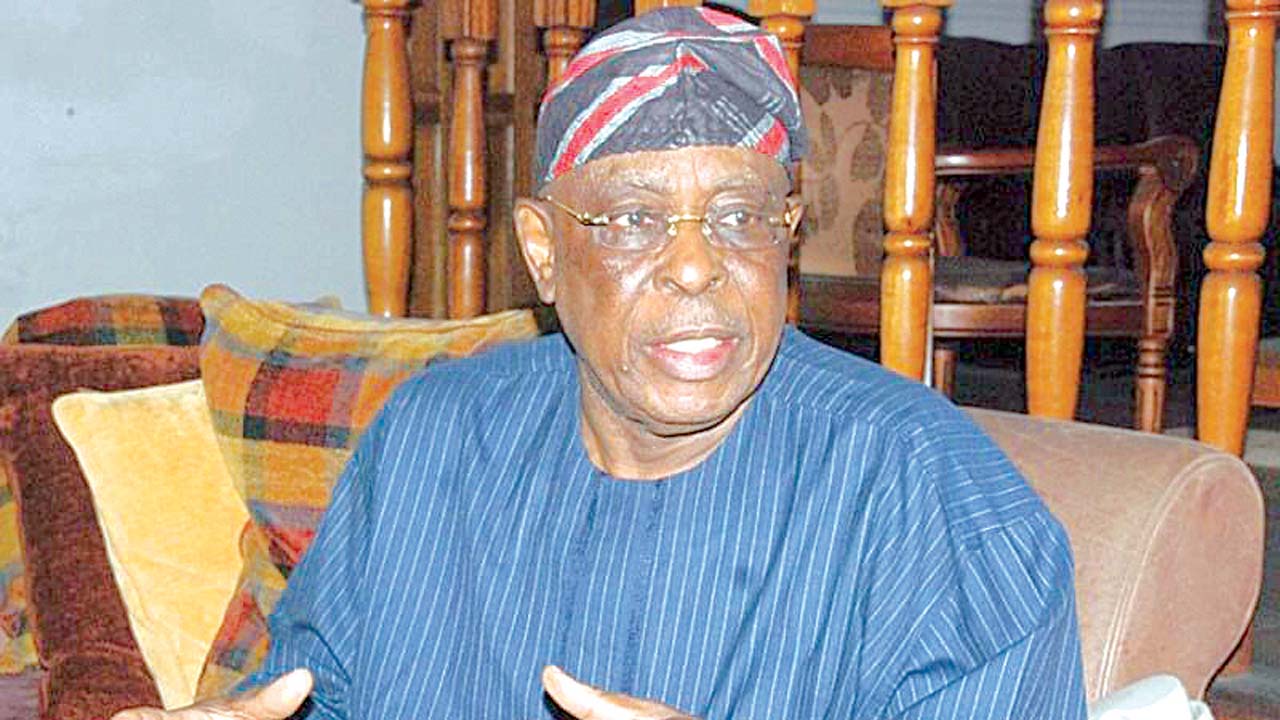 Former Governor of Ogun State, Aremo Olusegun Osoba, on Wednesday, revealed how he was “rigged out of office” during the 2003 governorship election.

Osoba said he had received an intelligence report about the rigging and he was advised to back out of the poll, but he insisted on going ahead in the contest.

He spoke in Abeokuta, Ogun State, at the book launch and the 60th birthday of his former Chief Press Secretary (CPS), Kayode Odunaro, on Wednesday.

Osoba, who contested the election on the platform of the defunct Alliance for Democracy (AD) had lost to Otunba Gbenga Daniel of the Peoples Democratic Party (PDP).

He said he knew he would lose the election following last-minute reports from security agents.

The veteran journalist also said despite the last revelations, he bowed to pressure of his followers and shared N140million to electorate on the eve of the election.

Osoba added that he refused to challenge the outcome of the election at the tribunal, despite the evidence at his disposal because he had put the experience behind him.

He said, “The 2003 election, I put it behind me many years ago. 2003 is bygone whatever happened although, in his (Odunaro) book he concluded that I refused to go to court, yes I did not, because the evidence was too much and he alluded to some of the evidence, but let’s forget about all that, it has gone, it is gone and the Ogun state people have had the chance to compare and contrast and they have given their conclusions and that is private to everybody.

“Some of the security people had given me the figure of the result that they were going to announce and I knew, he was referring to me spending money and some people taking my money to sleep in hotels, pocketed the money, I knew because in politics you must learn to engage in wasteful spending and you must learn to buy all kinds of lies, that is all part of politics.

“I knew that the election was concluded; I was warned, the electoral officer from Cross River had told me after the Presidential election that, ‘Chief don’t contest the governorship, it is concluded’, but I said no.

“We shared N140million on the eve of the election and I knew it was a wasted money, but I shared it because if didn’t share it, they will say if I had not given them the money, they would have won.”

The former governor while commenting on the book titled, “Colour of Perception – An Autobiography”, scolded his former media aide for playing down the intrigues that characterised the 2003 election in the book.

Osoba described the author of the book as a courageous, dedicated journalist and a good ambassador of Yewaland.

In his welcome address, Oduanro explained he decided to write the autobiography to expose his work experience to the world, particularly the upcoming journalists and media managers.

Odunaro announced donation of the book to all libraries and tertiary institutions in the state.

Reviewing the book, Dr. Festus Adedayo, said the 318 pages and 38 chapters autobiography offered different colours of the life and service of the write.

Adedayo added that the book, which he noted is combination of aesthetics and intellectual richness, is beyond biography but historical rendition of military and civilian administration.