What you should know about Osinbajo’s sacked aides

Follow @biodunpen The Presidency on Friday confirmed the sacking of some aides of Vice President Yemi Osinbajo. The Presidency in a statement said that ‘there… 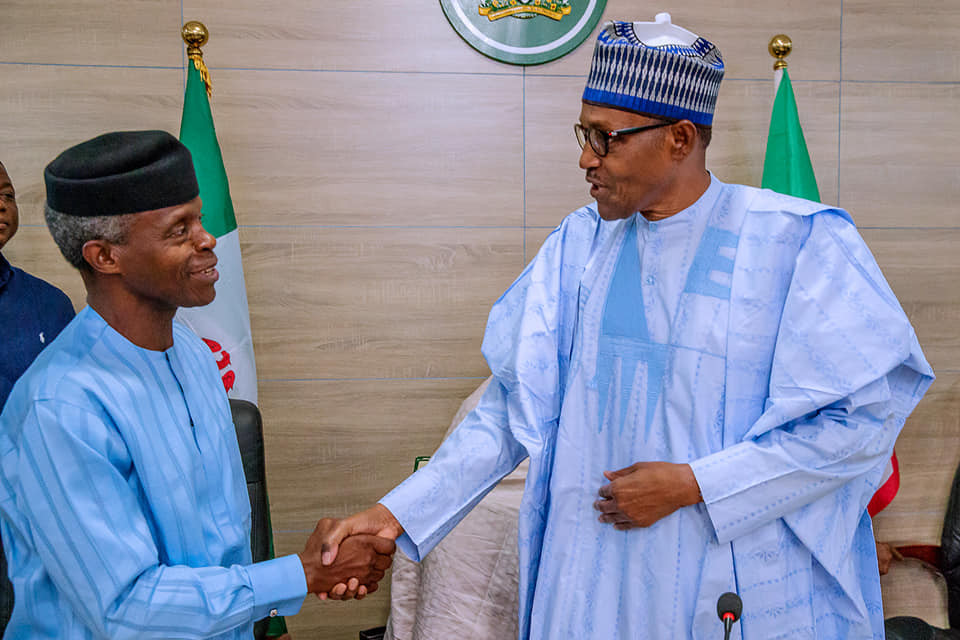 The Presidency on Friday confirmed the sacking of some aides of Vice President Yemi Osinbajo.

The Presidency in a statement said that ‘there is, on-going, an unprecedented overhaul of the nation’s seat of government, arising from which a number of political appointments have either been revoked or not renewed in the second term’.

The presidency noted the exercise was ordered by president Buhari ‘to streamline decision-making, cut down multiple authorities and reduce the cost of administration’, adding that it is also an appropriate response to the general perception that the presidency has an oversized and bloated workforce which acts as a drag on efficiency.

The spokesperson of President Buhari, Garba Shehu maintained that the exercise was not personal or targeted to undermine the Vice President’s office.

Daily Trust Online had exclusively published names and portfolios of some of the aides of the vice president that were affected.

Here are things you should know about some of the affected aides.

She is a graduate of Harvard Law School. She holds a Bachelor’s degree, LLB Law and Politics from University of Essex.

He studied Mechanical Engineering from the University of Lagos from 2000-2006.

He was appointed in August 2019

Prior to his appointment, he was Technical Consultant to the Director General of Consumer Protection Council.

She was appointed in August 2019

Between January 2016 and May 2019, she served as the Special Adviser to the then Honourable Minister for Industry, Trade & Investment, Mr. Okechukwu Enelamah.

She holds a Bachelor of Science in Economics

She was appointed in September 2017

She previously worked as the Project Manager, Power Africa with the United States Agency for International Development (USAID).

He is an award-winning journalist. He is the recipient of the prestigious CNN/MultiChoice Africa Journalist Awards in 2015.

Umukoro is a former senior correspondent with Punch Newspapers and Tell Magazine.

He was appointed in August 2019. He worked as Undertaking Manager at Ikeja Electric from October 2017 till February 2018. He also worked as Relationship officer at Guaranty Trust Bank from June 2005 till October 2007.

He holds MSc, Entrepreneurship & Innovation from the University of Essex

He holds a Bachelor of Science Economics from Lagos State University.

He was appointed in September 2019.

He is a Santander Wolfson College Cambridge Scholar.

Babajide is a grandson of Chief Obafemi Awolowo, first premier of the Western Region. He was appointed in May 2005. He worked as Imports/Products Manager at Conoil PLC from April 2008 till January 2015.

He holds a Master of Science, International Oil and Gas Management from University of Dundee.

Akin was appointed in September 2019.

He was appointed in June 2019. Prior to his appointment, he worked as Senior Special Assistant to the President on Economic Management Team (Agric and Informal sector) from February 2016.

He holds a Bachelor of Arts, BA, History and Sociology from Obafemi Awolowo University (1974-1978)

He was a Special Adviser on Legal Matters to the Majority Leader of the 7th House of Reps, from November 2011 till August 2013.

He was appointed in August 2019. He was a former Commissioner of Finance, Budget and Economic Planning in Niger state from June 1999 till May 2007. He also worked as Senior Economist at Nigeria Industrial Development Bank, now Bank of Industry from January 1994 till June 1999.

He was a Chief Protocol Officer to Vice President Yemi Osinbajo during the 2015 Presidential Campaigns.

He is from Gombe state