Osinbajo off to US for Nigeria’s energy transition plan 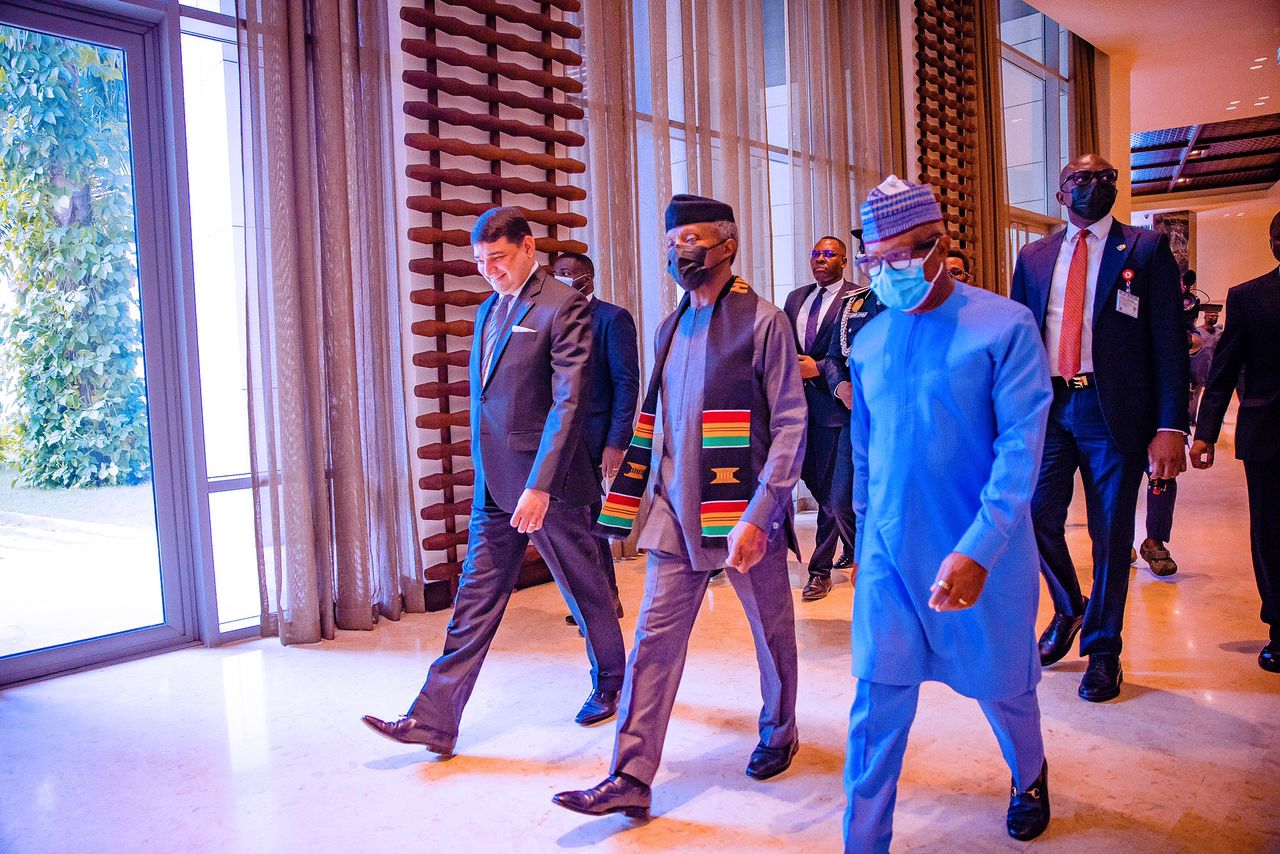 The Vice President’s delegation to the U.S. will include Minister of Finance, Budget and National Planning, Zainab Ahmed; Minister of Works and Housing, Raji Babatunde Fashola; Minister of Power, Abubakar Aliyu; Minister of Environment, Mohammed Abdullahi; Minister of State for Petroleum Resources, Timipre Sylva and the Special Representative of the UN Secretary General/CEO for Sustainable Energy for All, Ms Damilola Ogunbiyi.

A presidential spokesman, Laolu Akande, in a statement, said Prof. Osinbajo is leading Nigeria’s Energy Transition Implementation Working Group (ETWG) on the US mission with meetings starting from tomorrow-the 1st of September to promote the plan and secure global support from the US government, the private sector, and other development partners.

He said the ETWG chaired by the vice president comprises relevant ministers and other top government officials.

He said among other highlights, the plan needs at least $10 billion per annum above business as usual spending for effective implementation.

The presidential spokesman said at the launch, the World Bank and a renewable energy organization – Sun Africa, pledged a sum of $1.5 billion each totaling an initial $3 billion investment to support the implementation of Nigeria’s Energy Transition Plan.

He added that while in the United States, Prof. Osinbajo will meet US Vice President, Kamala Harris; US Secretary of Energy, Jennifer Granholm; Secretary of Treasury, Janet Yellen, and President of World Bank Group, David Malpass, among others.

Akande also said the vice president is also scheduled to speak on Nigeria’s Energy Transition Plan at the Centre for Global Development in Washington DC.

The Vice President will return to Abuja early next week