The Buhari administration will continue to push its business reform agenda for which the Presidential Enabling Business Environment Council, PEBEC was established, so as to… 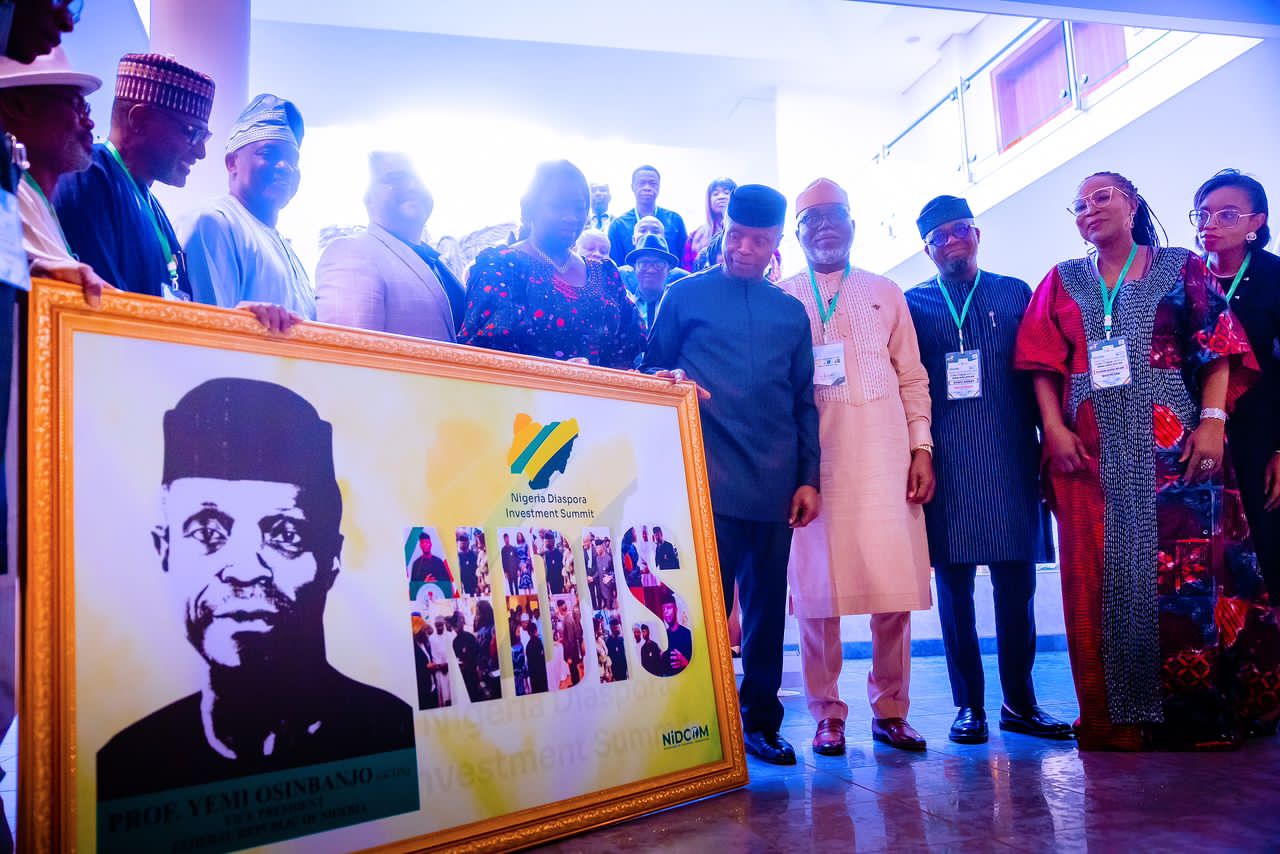 The Buhari administration will continue to push its business reform agenda for which the Presidential Enabling Business Environment Council, PEBEC was established, so as to create an enabling environment for more investments in the country, including from Nigerians abroad according to Vice President Yemi Osinbajo.

Osinbajo spoke at the Presidential Villa on Wednesday while receiving some of the participants at the ongoing Nigeria Diaspora Investment Summit, NDIS, led by Chairman/ CEO, Nigerians in Diaspora Commission, NiDCOM, Dr. Abike Dabiri-Erewa and the Acting Governor of Ondo State, Mr. Lucky Orimisan Ayedatiwa.

The VP then stated that while it is clear there is rising interest to invest at home by Nigerians abroad, what would bring more investments from those in the diaspora, “is to create the environment that ensures it is easy for them to invest.

“It is now obvious that there are incredible opportunities that can be taken advantage of by our folks in the diaspora. They can see and recognize those advantages.”

The VP stressed the seriousness with which the administration is taking the Ease of Doing Business Initiative. He observed the challenges involved in working through a “bureaucracy that is accustomed to being more of an obstacle than a facilitator.”

But he added “we are breaking that – bureaucracy is everywhere and tends to be that way and after a while, regulators (of businesses) don’t recognize anymore that the reason they are there is to facilitate business. They are more policemen than facilitators.”

He also acknowledged that some regulators “are beginning to understand that the economy depends on how well they do their work and how easy it is for people to come through their gates and leave their gates with some success.

“There is a great deal more attention being paid to achieving something and we have had discussions with several of the regulators including the Central Bank of Nigeria, CBN and National Agency for Food and Drug Administration and Control, NAFDAC. We have seen substantial changes in their approach and attitude.

“For example, if you recall, if you were doing any sort of banking business, you need to take a banking license of N25billion. CBN in response to some of the work being done agreed that for many financial intermediary services, there was a need to create other licenses that were not that expensive.

“We have about 6 categories of licenses where, in some cases, you don’t pay up to a N100million. This is why we were able to get a lot of these FinTechs between 2015 and now, taking these cheaper licenses because a lot of them do financial intermediation on electronic platforms, doing payment processes. There are quite a few of them, but 5 of them are now considered unicorns, companies worth over $1billion.”