Although a few do damage to the reputation of the country, the vast majority of Nigerians abroad are honest, hardworking and straightforward people who are… 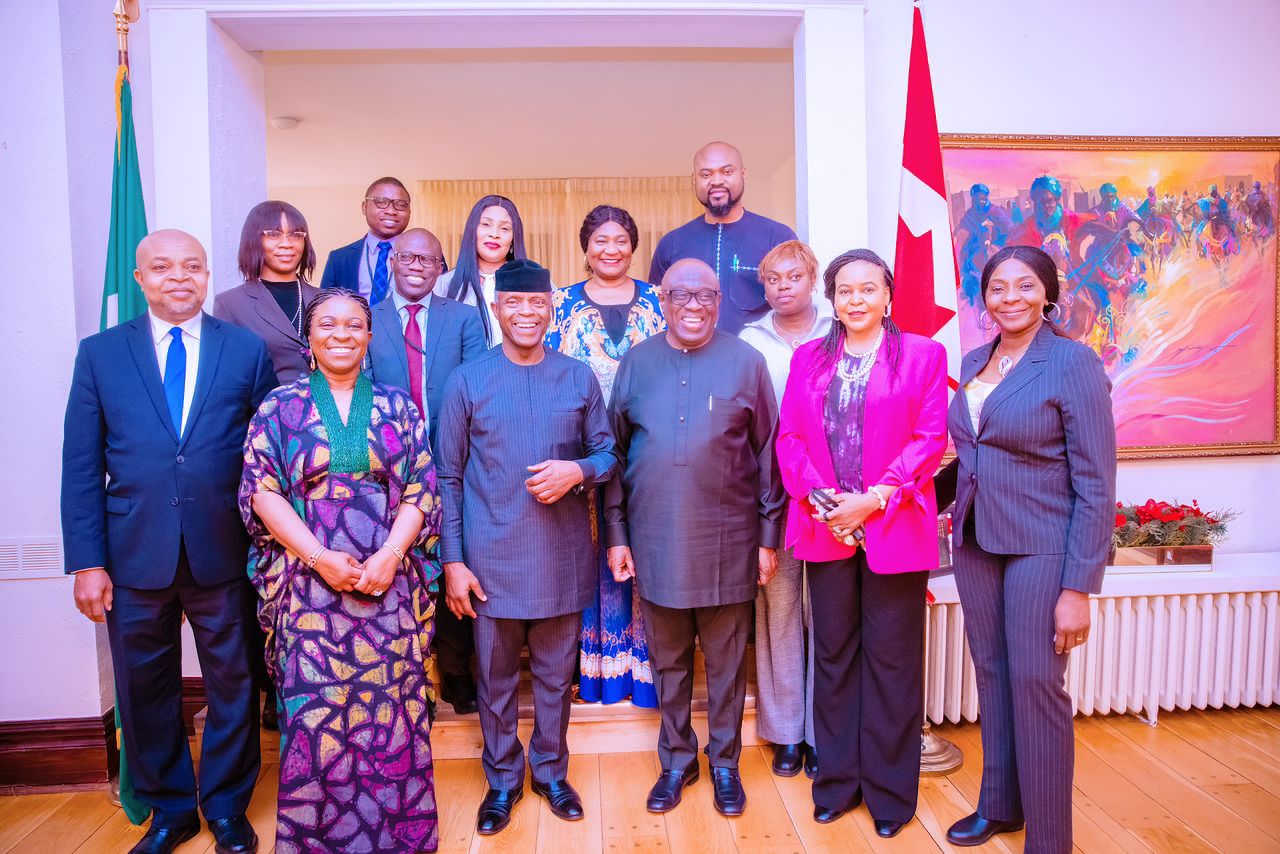 Although a few do damage to the reputation of the country, the vast majority of Nigerians abroad are honest, hardworking and straightforward people who are making positive impact all over, according to Vice President Yemi Osinbajo.

Osinbajo made this assertion in Ottawa on Monday evening during an interactive session with some leaders of Nigerian groups across different provinces in Canada.

He said, “the vast majority of Nigerians all over the place are honest, straightforward people trying to survive in those places and be responsible citizens wherever they find themselves. That is the story of the vast majority.”

However, the VP noted that “what you tend to find is that a few people do the damage,” and “there is a negative characterization that comes out of that.”

As a preventive measure on their part, Nigerians in the diaspora should “engage with our communities wherever they are to ensure that people see the damage that is being done to society.

“We can engage with our people and have a lot more conversations around trying to prevent people from committing offences and crimes, but more importantly, being able to self-regulate in our communities, talking about it frankly and openly.

“Look at what is going here (in Canada), there are so many Nigerians, professionals, and politicians who are in very serious positions of responsibility.”

In his response to the question of difficulty in processing court cases through the court system of Nigeria, Prof. Osinbajo noted that “there’s a lot of innovation in the legal sector in Nigeria.

“A lot of start-ups in the legal sector in Nigeria are using innovation. There are those who are case aggregators, those using some measure of Artificial Intelligence in being able to sort through materials and present opinions.

“There’s a lot more openness and we have a Chief Justice of the Federation who has pledged to be open to technology and quicker processing of cases.”

Regarding collaboration by Canadian universities providing training programmes for Nigerians, the Vice President noted that there is already a relationship “with some universities here like Carleton University, Ottawa, Queen’s University in Kingston already doing some work.”

He acknowledged that “there’s concern around brain drain but the reality is that, there will always be that issue and huge countries like ours will always have it.”

However, the VP explained that there are other countries with similar experiences, “which is why you have a huge Indian diaspora, huge Chinese diaspora. What is important is that we train our people well so that wherever they go, they are able to get good paying jobs, so that they don’t get jobs well below their dignity wherever they find themselves.

“That synergy is bound to happen; a lot of collaboration going on in the tech space, in medicine and science, that is always going to happen.

“We already have a reservoir of talent and experience in the diaspora everywhere and the more training we are able to do, the more collaboration we are able to have and the better for us all.”

In his remarks, the Nigerian High Commissioner, Ambassador Adeyinka Asekun noted that Nigerians living in Canada will soon be able to apply for 10-year passport leaflets, being the 3rd country to roll out the process after the United Kingdom and the United States of America.

In separate remarks during the interaction and other meetings of the VP so far in Ottawa, leaders of Nigerian communities and officials of the Canadian government have been pouring commendation on the Nigerian High Commissioner, some referring to him as a “father figure”, who is passionate about education and collaboration between Universities in Canada and Nigeria.

Others also commended the improvement in the passport renewal process and how Ambassador Asekun has managed to stay in touch with Nigerians across the large cross section of provinces in Canada.

Canadian government officials including the Parliamentary Secretary to the Minister of Foreign Affairs, the Honourable Rob Oliphant also praised the High Commissioner noting that he has been an effective representative of Nigeria who maintains very close links with members of the Canadian government.

Others included the Minister in the Nigeria High Commission in Canada, Ambassador Obioma Nzwewuji; Chairman/CEO Nigeria-Canada Trade Investment Group, Chief Taiwo Odutola and the leaders of Nigeria-Canada Associations from all the provinces across Canada, among others.