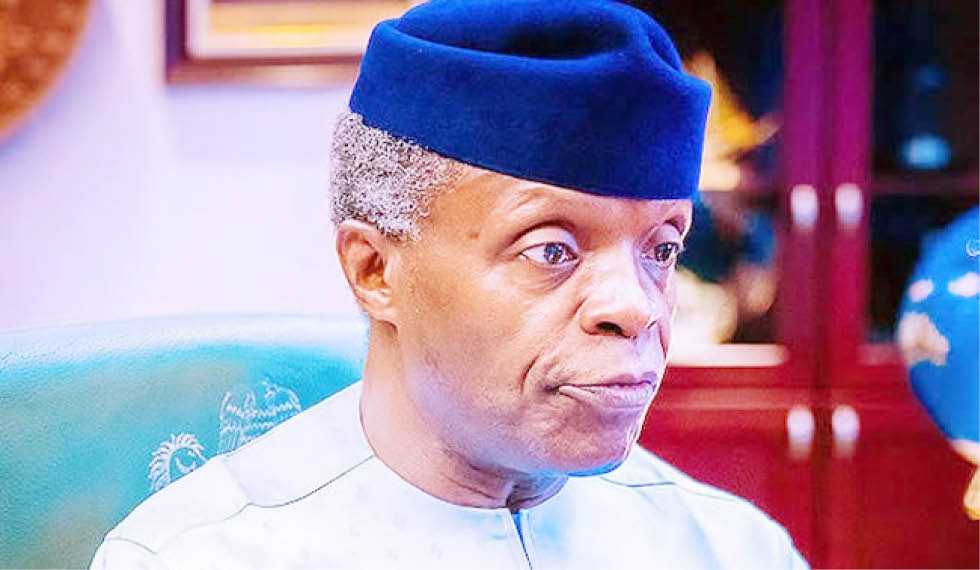 Vice President Yemi Osinbajo has described the Hawan Daushe Sallah tradition in Kano as a fantastic spectacle, full of colour, fun and pageantry.

Osinbajo said this shortly after attending the historical and traditional ‘Daushe’ Durbar in Kano yesterday evening.

The vice president, who was visibly excited with the experience, joined in the old Kano adage saying, “Kanon Dabo, Mai Dala da Goron Dutse”, adding with ‘this is exciting and I am very happy to be here.’

Hawan Daushe being practiced on the second day of Sallah is considered the most impressive, most colourful and most interesting part of the Durbar celebrations.

It is popularly referred to as “The Royal Exhibition of Garments and Regalia,” with thousands of horse riders parade to portray the emirate’s rich traditions.

The origin of Hawan Daushe dates back to some 215 years. One of the emir’s favorite servants called “Daushe” could not participate in the Eid Durbar due to illness. He, therefore, requested to have an extra ride with the emir the next day. Since then, the tradition to hold this event has been maintained to honour the late Daushe. The occasion was also used for the emir to pay homage to his mother.

The emir received homage from all traditional title holders including district heads, village heads and ward heads. The Durbar normally ends at 6.30pm when the emir would retire to his residence through Kofar Kudu.

The grand event was graced by people from states in Nigeria and many from other countries of the world including the diplomatic circle.