Vice President Yemi Osinbajo, for the first time on Wednesday, physically attended the Federal Executive Council (FEC) meeting at the Council Chambers of the State… 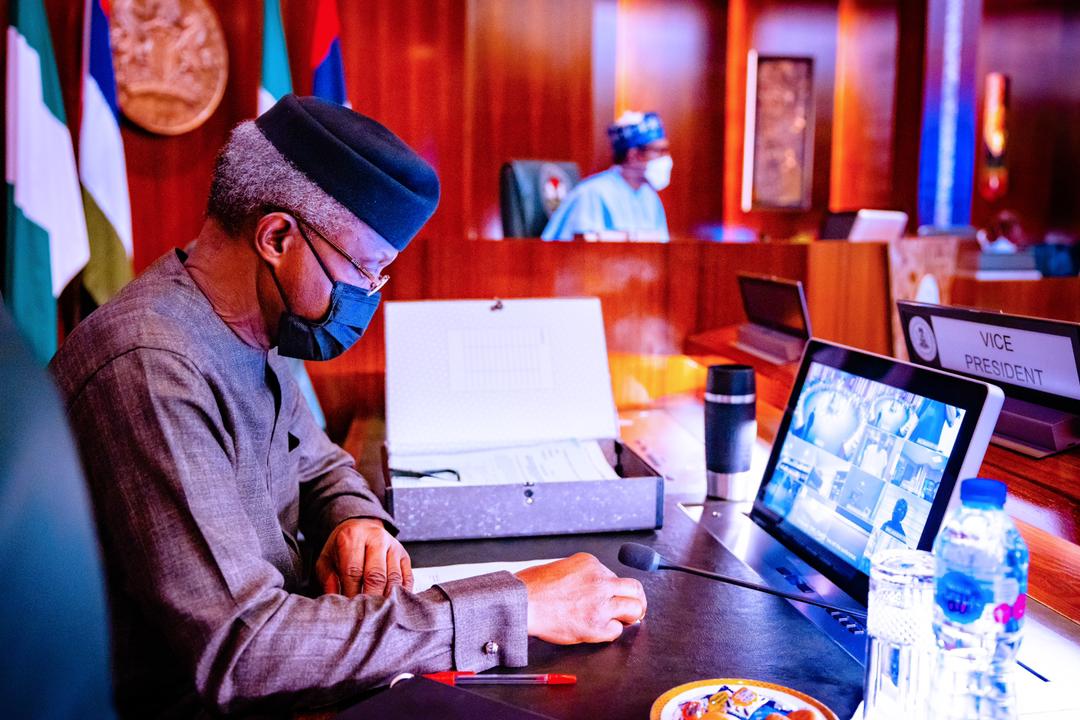 Vice President Yemi Osinbajo, for the first time on Wednesday, physically attended the Federal Executive Council (FEC) meeting at the Council Chambers of the State House, Abuja, since he had a successful surgery on July 16, at the Duchess International Hospital, Ikeja, Lagos.

He underwent the surgery after a fractured leg, an injury he sustained while playing squash.

Osinbajo, who was discharged on July 25, has been recuperating at home and attending official functions virtually.

The vice president was welcomed by ministers and presidential aides at the federal cabinet meeting presided over by President Muhammadu Buhari.

Also in attendance at the ongoing FEC meeting are Secretary to the Government of the Federation (SGF), Boss Mustapha, Chief of Staff to the President, Professor Ibrahim Gambari and the National Security Adviser (NSA), retired Major General Babagana Mongunu.

Others are Ministers of State, Budget and National Planning, Clement Agba, Federal Capital Territory, Ramatu Tijjani Aliyu, Environment, Ademola Adegoroye and Education, Goodluck Nana-Opia
The Head of Service of the Federation, Dr. Folasade Yemi-Esan and other ministers are participating online in the weekly council meeting from their various offices in Abuja.