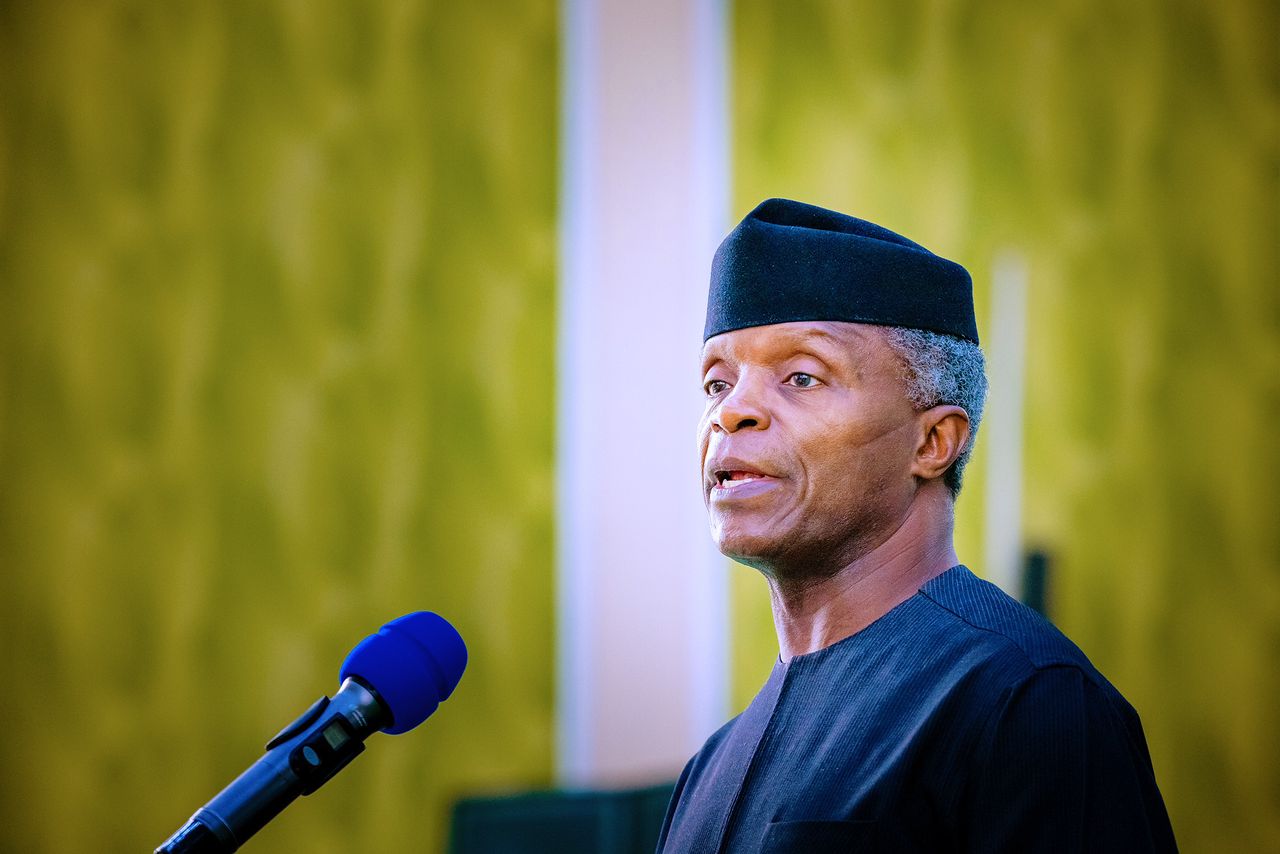 The vice president gave the advice while speaking at the inaugural conference of APC Professional Forum themed “The Role of Professionals in Politics and National Building” held at the Old Banquet Hall of the State House, Abuja, on Monday.

He said professionals who are politicians must stand out as people acquainted with an assessment based on their achievements and used to making competence as the first means of showcasing their acumen.

Osinbajo stressed the need for all stakeholders to come to the realisation that it was no longer sustainable to keep finding individual solutions to collective challenges.

He said: “Let me conclude with the following thoughts for further consideration. The usefulness of professionals in politics is that you have people who are used to being assessed on the basis of their own achievements, who are unafraid to make competence the first advertorial of their acumen. In other words, professionals emphasize the role of merit in public life.

“So, one of the major advantages to our communities of having professionals in politics is lost if we do not recognise our role as merit driven persons must be to fight the temptation of ethnic, religious and other parochial considerations in making crucial decisions for the development of our nation.

“Nobody would place their lives in the hands of an incompetent doctor because they share the same faith or continue to patronize a dangerously inept mechanic because they belong to the same tribe. If someone told me, for example, that the pilot who is to fly the plane that I’m to go in is not a very good pilot, but he’s from Ikenne, my hometown, I certainly won’t go in that plane. So, in the same way, we must especially refuse to be swayed by those whose sole argument for power is an appeal to sectional sentiments. We must resist it. And we must say no to it, because otherwise, we fail in our professional calling.

“So, let me again commend the APC Professionals Forum for starting this important conversation. And I hope we will be able to mainstream some of the innovative ideas and some of the very important suggestions that are made here in our party and also in our governments across the nation.”

While fielding questions, the senator representing Nasarawa Central, Umaru Tanko Al-Makura, efforts would be made to make people considering politics a profession lose their job.

The APC national chairmanship aspirant expressed belief that “this is the beginning of our winning streak in 2023” as the professionals with competences and values trying to come together and take interest in politics, saying “we will be able to sustain all the gains this administration has made”.