* to conduct fresh congresses in Rivers The National Chairman of the ruling All Progressives Congress (APC), Comrade Adams Oshiomhole, yesterday spoke on the reasons… 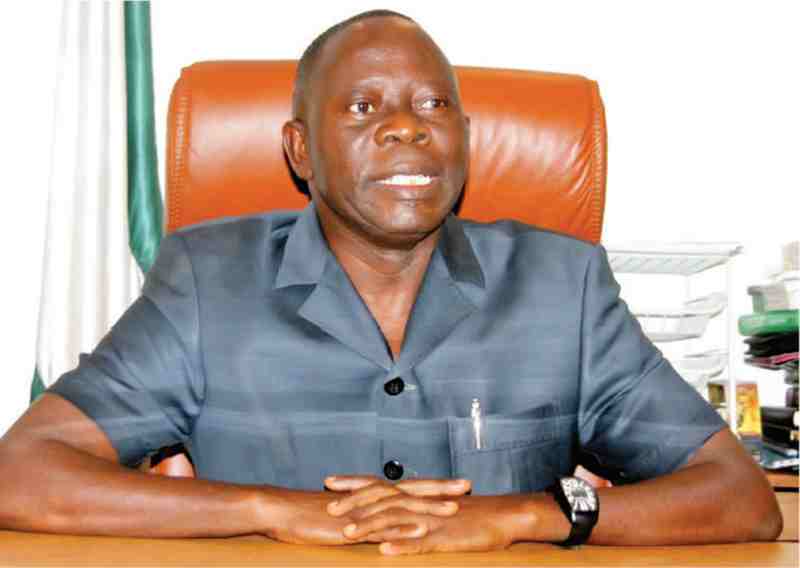 * to conduct fresh congresses in Rivers

The National Chairman of the ruling All Progressives Congress (APC), Comrade Adams Oshiomhole, yesterday spoke on the reasons why the party failed to succumb to alleged pressure mounted by Governors Ibikunle Amosun of Ogun State and Rochas Okorocha of Imo State in order to accept their preferred governorship candidates.

Oshiomhole said Amosun’s preferred ‘consensus candidate’, Adekunle Akinlade, lost out of the contest in court for his failure to participate in the primary election conducted by the panel sent by the National Working Committee (NWC).

He said matter in Ogun State had been concluded after the party had submitted the name of Prince Dapo Abiodun as the governorship candidate.

The APC national chairman said the Secretary to the State Government (SSG) and Ogun State APC chairman had no power to serve as the Chief Presiding Officers as displayed during the primary organized by the governor’s group.

He berated the governor for publicly announcing consensus candidates without recourse to all the critical stakeholders, saying that “APC constitution does not recognize emperor”.

On Imo State, Oshiomhole said the NWC accepted the governorship candidature of Sen. Hope Uzodinma because the primary that produced him was in substantial compliance with the constitutional provisions.

He said the party had to heed to the advice of the State Chief Judge who advised him in an order not to have anything to do with the primary that produced his in-law, Mr Uche Nwosu.

He said the party would not help Okorocha to create a political dynasty and distanced the party from the governor’s altercation with the religious leaders in Imo State.

The APC boss reminded the governor he had teeth to bite after helping him to conduct fresh congresses having been swept away by the one conducted by Chief John Odigie-Oyegun-led NWC.

On the current situation in Rivers State, Oshiomhole said since the Supreme Court had nullified the congresses in the state, a meeting of stakeholders would be convened where a decision would be taken on new ward, local government and state congresses to produce fresh party officials.

He said the party had accepted the apex court judgment, adding that those who purportedly attacked the court were not APC members but ‘busybodies’.